According to UNICEF, 663 million people live without easy access to clean water. Water is one of the most important resources in the world and preserving it is really important. I live in New Delhi, India and there is a river called Yamuna that flows through the city. It is polluted to a level that almost no organism can survive in it. It is high time that we start working on how to monitor the different aspects of water and raise awareness among people about it. My idea involves the use of LoRa or Long-Range low power wireless communications technology and integrating it with Blockchain. We can have sensors like Temperature Sensor (DS18B20), pH sensor (ph combined electrode) and Turbidity sensor (SEN:0189) installed with LoRa shield. Using LoRa shield and LoRa GPS Shield we can Send the data and GPS location of those sensors to a cloud-based storage. LoRa itself doesn’t connect to internet but rather sends out radio signals at the frequency of 868 MHZ (in India) and hopes that a gateway is listening. The gateway will further send the data to either thethingsnetwork or a private database directly. Further integrations to thingspeak or wokabout can be done for the visualization of data. The data can also be simultaneously sent to a blockchain like Ethereum so that data manipulation doesn’t take place and only the correct values are shown to the public. Blockchain will increase the security of this IoT system.

This is how the system works: Sensors mounted on the LoRa nodes collect the data like temperature, pH and turbidity. They then communicate over LoRaWAN using the LoRa Shield. The encrypted data is then received by the nearest LoRa gateway. It then forwards the received packets to an external LoRa network which can be either thethingsnetwork (TTN) or LoRa Server. TTN then allows for the visualization of data via http integration to a web-based application. While receiving data from TTN, it is filtered and stored on Ethereum blockchain and then onto a local database. The check on the data can be made by executing a smart contract on blockchain using Remix – Solidity IDE. This allows the user to check for any data violations that may have occurred. This decentralized method makes the IoT system more secure.

LoRa technology is relatively new and can work for a longer duration of time due to its low power consumption. Also, since the bandwidth of LoRa technology is low, it increases the range up to 20 Kms based on the environmental factors. The LoRa gateway can easily be installed at a remote location and this setup can be placed inside a contraption and deployed in the river for months without the need to replace batteries. Overall this is a simple yet elegant solution for water quality monitoring purposes. The Sensors used are relatively cheap and have low power consumption. The coding is done on Arduino IDE and the system uses radio signals to send out the data to a LoRa gateway. A simple website can be created which will display the readings to the public. A raspberry pi can be used as a gateway and blockchain server simultaneously.

Nowadays one can easily track the air quality index all over the world because of the sensors being deployed. If the same can be done regarding the water bodies, we can raise awareness about the pollutants present in water. All the data can be accessed by the public via a website and blockchain will make the entire system into a decentralized network which will it make it next to impossible for the data to be manipulated or corrupted. This can have a huge impact on the world. We can deploy the LoRa integrated sensors anywhere in the world and leave it for about a year, we can easily monitor the variations in temperature, pH, Turbidity and the government can take action depending upon the data that is being collected. Because of the awareness about the air quality index, government in India has started taking action like banning of vehicles older than 15 years or banning the sale of fire crackers. I believe if the same awareness can be spread about water, strict laws will be implemented in order to protect these rivers. If an IoT based secure system which can continuously monitor the parameters of water can be implemented, it can have a huge impact on the society and can help us save our dying rivers. 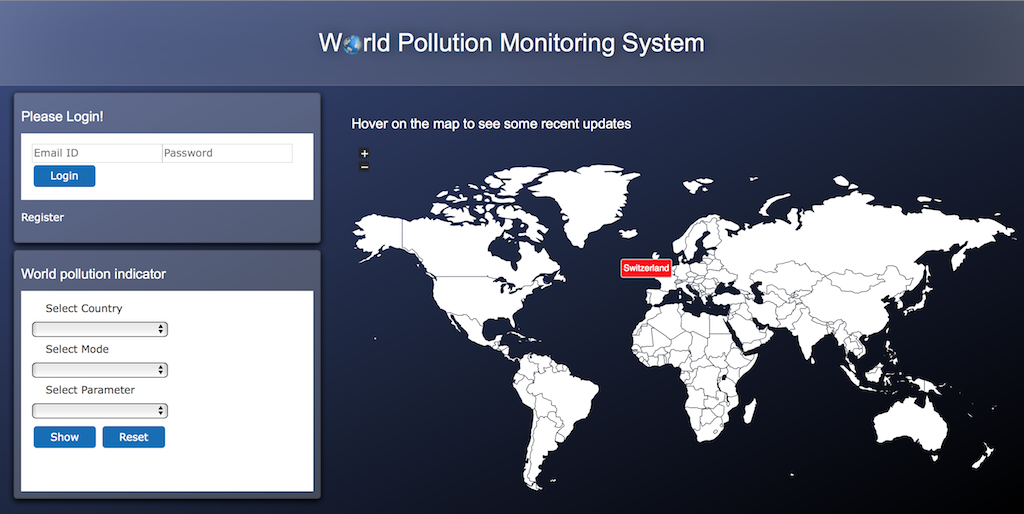 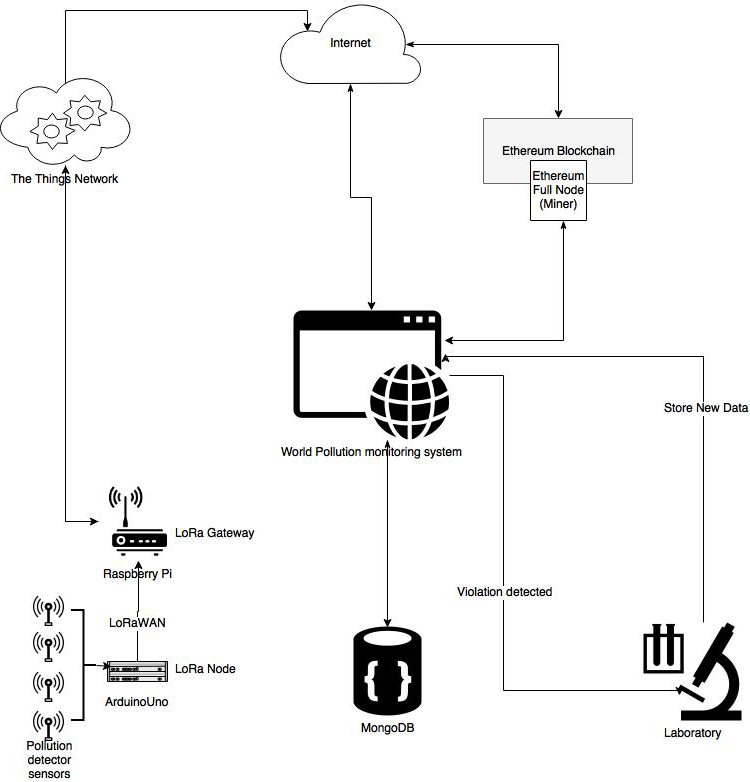 Climate change is one of the biggest issues of our generation. No other organism has destroyed the biological balance as badly as humans have in the last decade. Seeing these water bodies being polluted to an extent which makes them less of water body and more of sewer is quite sad. It is time that we start inventing innovative solutions that can help us raise awareness among people about how we are destroying our planet. A smart water based IOT system can help us bring changes to the law and help us preserve these rivers.