Microplastics are defined as plastics less than 5mm in length. Microplastic pollution is an ever-growing concern, particularly in the case of aquatic environments. However, comparatively little work has been done on the subject. This is partly due to the lack of a standardized method for microplastic detection and assessment of the scale of the pollution. The most common current method involves sample collection, which is then manually analyzed using a dissection microscope. This project aims to produce an effective and efficient method that would allow for microplastic pollution to be detected and monitored throughout world water sources.

Our design idea is a method of autonomously monitoring the volume of microplastic in a body of moving water. This will be done firstly by collecting 1 liter in the body of the device, then closing the water intake and draining the body through the outtake tube. This tube will have a filtering mesh inside, which will capture any microplastic on top of it. A microscopic camera with UV light will be able to capture the number of pieces of microplastic using shape recognition, and this data will be sent via a tethered buoy above the surface of the water. The buoy contains a GPS module and GSM module, so the data can be sent by SMS, along with the position of the device. Once the data has been captured, the filtration mesh inside the outtake tube will be flipped, and a new litre of water will be collected. In draining this liter of water, the microplastic from the previous sample will be washed away. This will keep the mesh clean, meaning the samples should not interfere with each other. It has been realized that the recognition by the camera will only give a rough estimate of how much microplastic is in one water source, rather than giving an exact number, but the device can still be used to give a rough average if given time to do so.

Our motivations in creating this device are that the time it takes to gather and analyze each sample of water seems to be far too longer, and that there must be a way to cut this time down. It was realized that the whole process of gathering samples and analyzing them could potentially be automated so that the user only needed to manipulate the data once it had been collected. This device would save a lot of time and money on traveling to collect the samples for analysis. As they would be made fairly inexpensively, and could be used multiple times over, they are an ideal monitoring solution.

The device would need to be manufactured using as little plastic as possible, as this contradicts the main objective of the device. As such, the body would most likely be cast from a metal which won’t rust. Aluminum is an inexpensive material which would fit this condition. The intake and outtake tubes would also be cast from Aluminium, and would need to be welded to the main body of the device. A waterproof case would need to be made for the electronics, as would a waterproof buoy, as it holds the GPS and GSM modules.

The microprocessor which would be used in the device is the Raspberry Pi. This is because they are inexpensive, and can be used in a variety of situations. They can be used as a microcomputer, but still have hardware capabilities with the GPIO pins. The Raspberry Pi would be able to handle the image processing needed to recognize the number of microplastic pieces in a sample, and would still control the motors needed to control intake and outtake of the water, and rotating the filtering mesh to be cleaned. It can also communicate via GSM and GPS using additional hardware, and has an Ethernet port if other communication was needed. A Beaglebone Black could be used, however these are more expensive, and require more experience of the Linux OS to operate. Three motors will also need to be used: one to open and close the intake pipe, one to open and close the outtake pipe, and the third to rotate the filter mesh. They will need to have enough torque to be able to move through the water, which will need to be a consideration when choosing motors. A GPS module and GSM module will also be needed for communication with the user.

Our device could potentially be deployed in bodies of water around the world, as long as there is a GSM satellite from which the data can be sent to the user. This would allow the user to collect data on the volume of microplastic in any accessible body of water, and would be able to run without the user needing to be there. The only issue would be how long it could run for, but this can be extended by using better batteries or other power sources. 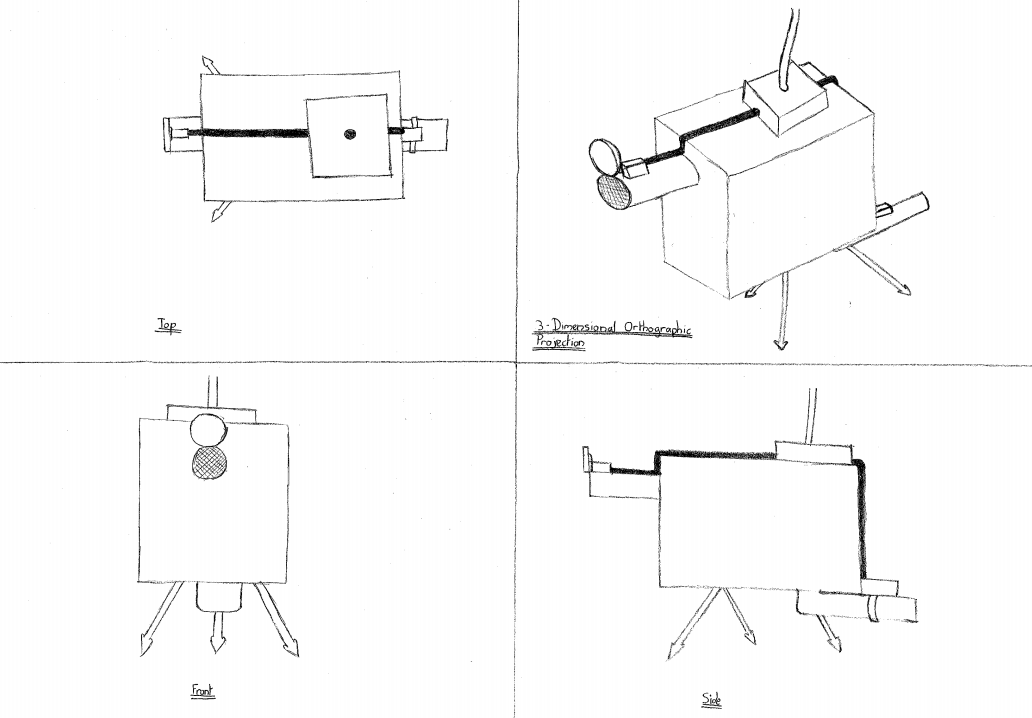 Through our environmentally focused studies at Bangor University, came an understanding of the scale of Microplastic pollution, and the troubling lack of research currently available on the subject. This prompting our investment in tackling the issue, combining our three areas of Microplastic Research, Artificial intelligence and Electronic engineering into what we believe will provide a revolutionary method of monitering and by extension regulating Microplastic pollution. Our design, provides a scalable database for the surveying of rivers hopefully around the world. Currently there is no standardized method of monitoring Microplastics, and methods currently used can be very time consuming and slow. We hope to reduce this time drastically, while also providing a low cost device that can be used anywhere.