A GridShip is designed to be a mobile water quality monitor which can be easily re-tasked to go examine another area of the water body. The name is derived from the idea that one would eventually monitor water bodies in grids with this technology, with each grid patrolled by one of these ships.

The GridShip would monitor temperature, salinity, acidity, turbidity, conductivity, as well as anything which could be analyzed through a camera (such as the total number of floating plastic bottles) and report that information back to its central server through either 5G, Lorawan, or Wi-Fi. This data would be sent along with the exact location, which is obtained through GPS.

The GridShip would be solar powered, as little blocks light permanently above a body of water. The solar would be saved in an onboard battery for when it needs to examine under a bridge or during the night. Two motors would propel it forward and a rudder controlled by a servo motor would allow it to steer.

The hull design is a catamaran to provide it with stability and ensure that it does not tip over. The sensor pod sits in the middle between them, to help prevent damage to the delicate sensors due to collisions or running into things. The catamaran design will also let it sit higher in the water (so it can go closer to shore) as well as allow it to more easily dislodge itself if stuck.

The hardware requirements section lists the types of hardware which will be needed by the unit. The exact components are dependent on the cost and detailed project requirements and thus have not been thoroughly researched. This is just meant to give a very general idea of the parts involved.

A GridShip base is a relay for information when the GridShip is stationed in an area far away from cellular, Lorawan, or Wi-Fi coverage. This is an extension for rarely visited or hard to patrol areas. This is an expansion module which would only be used for a populated area without cellular coverage.

Onboard the Unit
The Raspberry Pi will run a Linux operating system and use a Python or Java control software which will handle the control of the motors, the management of the battery, the reading of the data, and converting the instructions from the operator into movements of the motors and rudder. It will also handle the automatic adjustments required to maintain position and not be washed against the shore or into dangerous areas. A trial and error program will need to be developed to ensure that it can unstick itself if trapped.

In the Cloud
The unit will connect to an HTTPS endpoint to relay data to a central database and will periodically poll a different endpoint to determine if it has new command instructions or a software update. All the required data analysis will be done at this level to save power on the unit.

A body of water is hardly homogeneous. Particulates may gather in one section while large debris gets trapped in another. Boats may dump waste in such a way that it never reaches a shore monitoring station before being swept out to sea. Currents may direct pollution towards the middle. Only a mobile system can obtain an accurate understanding of a water body. Using a GPS and a web interface, relocating the unit to obtain new information would be extremely easy.

The other benefit is that basing it off Raspberry Pi and existing Arduino parts makes it extremely easy for someone to adapt for a custom mission. Want to go check if a factory is dumping mercury? Swap out the pH sensor for a sample collector and send it to the site. In many ways, it could easily become a platform for very low-cost water quality missions.

Except for the shell/hull, most of the components are off the shelf parts. Assembly of the initial ones could reasonably be done by hand using screwdrivers and soldering irons. It does not require a compact form factor or a well-developed circuit schematic. Except for the waiting period for parts, the assembly of 1-2 of them could be accomplished in a week.

GridShips are designed to allow easy deployment in a given body of water through a web interface. Anyone could be able to purchase one, attach it to Wi-Fi, cellular data, or Lorawan, and control it through the web interface. 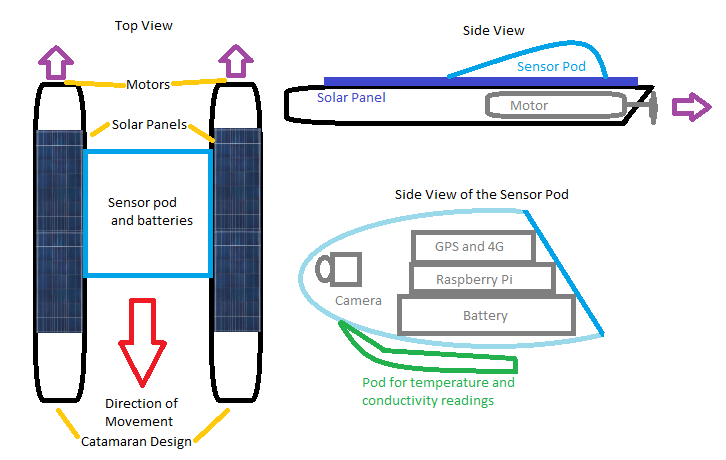 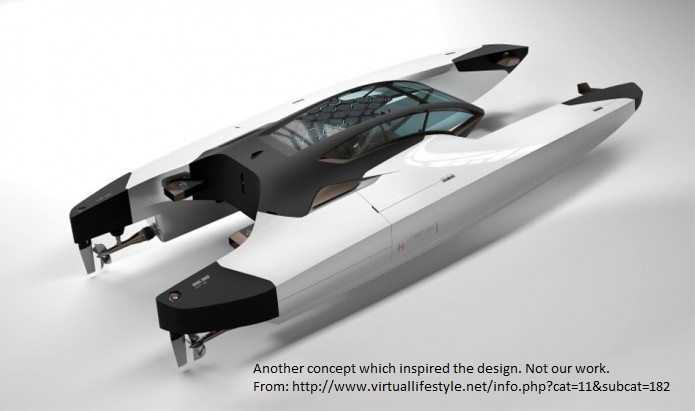 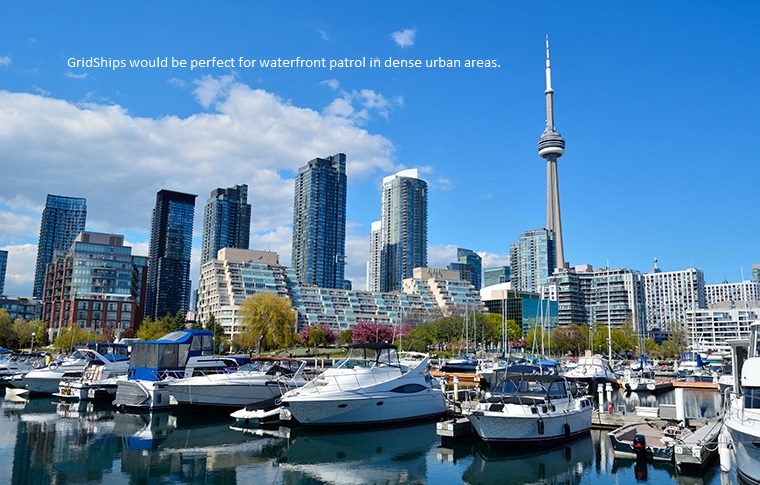 Matt: I have had this concept in mind for a while, as my family is from Ontario where so much of life revolves around urban waterways. There have been plenty of times where I have stood on the shore of a lake or the shore of a creek/river and wanted to be able to conduct a census of it. A platform like this would be perfect for that task. One of the reasons I entered this challenge was to give myself the time required to actually think it through more. Chris: We are spending a lot of time trying to reduce pollution in waterways, but stories keep coming out about how we have underestimated pollution or have missed a source of pollution or have missed the beginning of an ecosystem dying. We really need to have a better grasp of what is happening in our waterways and we can't be limited by stationary sensing platforms. I'm also from Ontario and often go for walks in nature and every time I see pollution accumulating in some cove, I wonder how the government could ever identify that as a spot where trash builds up.