River pollution is a big problem around the world. The pollution in rivers can decrease drinking water quality and the pollution can get into the ground water and this can influence crop growth. [1]

The device consists of a 5v pro mini atmega328 p 5V which has a very low power consumption when put in sleep mode. When in sleep mode with the power LED removed it draws around 0.054mA. [2]

The turbidity sensor is a gravity analog turbidity sensor. This sensor has a maximal load of 40 mA when in use. The sensor can measure for a prolonged time being constantly submerged in water. The sensor is placed through a hole in the tube. This is waterproofed with the use of an epoxy seal.

There is also a temperature sensor which is waterproof and suitable for constant exposure to water and a longtime usage. The sensors take measurements every 15 minutes. These values get processed by the atmega328. The temperature measurement is also used to make the turbidity sensor measurement more accurate since this measurement can vary due to temperature. [3]

Sensors such as pH measurement and spectroscopy devices are not added. A pH sensor is not added since most of the sensors are not suited for constant exposure to the outside environment and need to be cleaned regularly. The sensors that can be used for this idea that are suitable are a lot more expensive than the rest of the device. If a device would then be destroyed or stolen it would be rather expensive to replace. A spectroscopy device is not added since they are quite delicate and consume a lot of power and are also quite expensive. By keeping the price per device relatively low it is more accessible around the globe and can be used in more places. If a device gets destroyed or stolen it is way cheaper to replace as well.

The device itself consists of a waterproof box, in which the electronics are placed making sure they don’t come into contact with water. Through the box there is a tube. This is needed for the sensors since these need to be in contact with the water to take measurements. On both sides of the tube, a metal mesh is attached to prevent big debris to get in the tube and potentially break the sensors. The data gets sent with a LoRa node These can send information over long distances and consume low amount of power making it ideal for IoT. 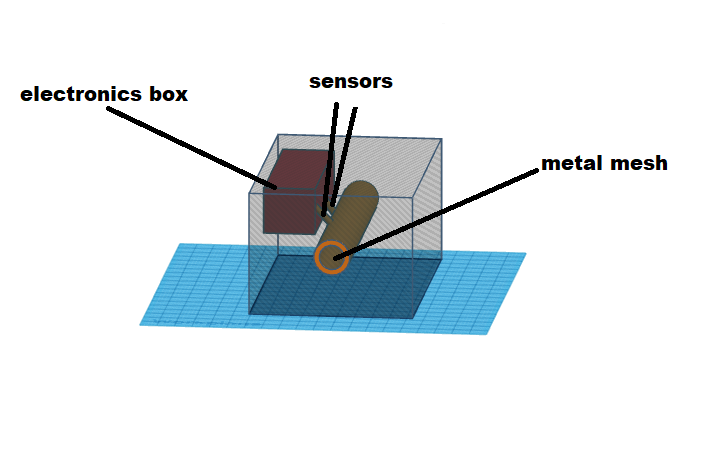 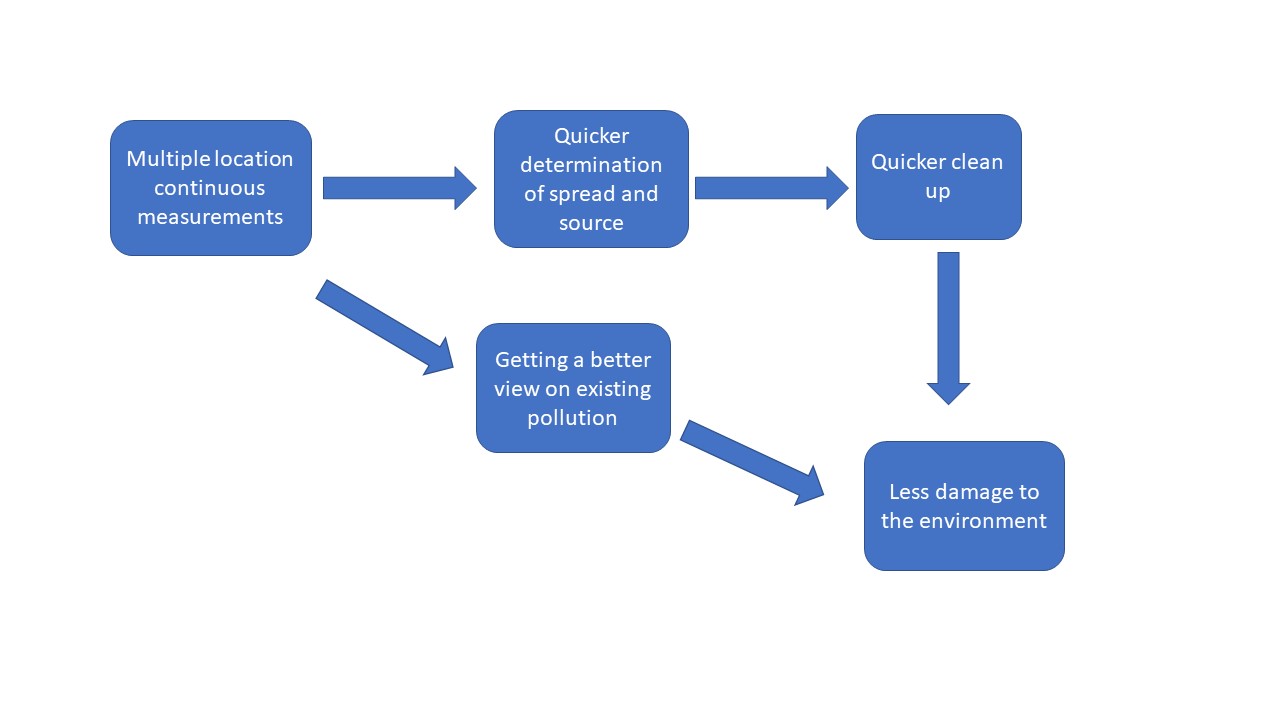 By chance I found this challenge while watching one of Electrobooms videos, his videos are very inspiring to me and I am currently first years electrical engineering. The technologies being created right now and that have already been created are so wonderful to me. We can make the world whatever we want it to be, but for the last decades we didn’t pay much attention to the side effects of what we were doing. But we can solve the problems we created as long as we put our time and effort in to it. Step by step we can create a world which is sustainable and one with clean energy for everyone. But we need to be actively doing things to get there, cleaning our mess up together, building towards a clean and sustainable future. This is why I think these type of challenges are important and can really make a difference, and I would gladly do my part and invest my time in this to perhaps help a little bit towards this future.