The importance of groundwater for the existence of human society cannot be overemphasized. Groundwater is the major source of drinking water in both urban and rural India. In addition, it is an important source of water for the agricultural and the industrial sector. Water utilization projections for 2000 put the groundwater usage at about 50%. Being an important and integral part of the hydrological cycle, its availability depends on the rainfall and recharge conditions. Until recently it had been considered a dependable source of uncontaminated water.

Worldwide, 97% of the planet’s liquid freshwater is stored in aquifers. Major aquifers are tapped on every continent, and groundwater is the primary source of drinking water for more than 1.5 billion people worldwide. The aquifer that lies beneath the Huang-Huai-Hai plain in eastern China alone supplies drinking water to nearly 160 million people. Asia, as a whole, relies on its groundwater for nearly one-third of its drinking water supply. Some of the largest cities in the developing world - Jakarta, Dhaka, Lima, and Mexico City, among them - depend on aquifers for almost all their water. In rural areas, where centralized water supply systems are undeveloped, groundwater is typically the source of water.

Groundwater in India is a critical resource. However, an increasing number of aquifers are reaching unsustainable levels of exploitation. If current trends continue, in 20 years about 60% of all India’s aquifers will be in a critical condition says a World Bank report, Deep Wells and Prudence. This will have serious implications for the sustainability of agriculture, long-term food security, livelihoods, and economic growth. It is estimated that over a quarter of the country’s harvest will be at risk. There is an urgent need to change the status quo.

How does the network work?
What we are planning to do is to locate and install a sensor node at every point from where groundwater is extracted {Tube well, hand pump, electric pumps}. These nodes consist of:
PH , TDS Sensor to measure ph and TDS of water
Lora node to transmit data to the gateway
Once data is collected and transmitted to the lorawan gateway ,the data is uploaded to the
Things network for analysis and plan course of action for the future.

Groundwater quality data can be very helpful in providing clean water to a lot of people and at the same time keep our aquifers pure. This system could prove to be very important in the process of sustainable development. Suppose a new factory or mining activity began close to a village and the mining activity or industrial production is releasing harmful contaminants to the ground polluting the water resource , then the people are affected gradually and signs of contamination don’t appear until a government survey of groundwater is performed. In these situations this system comes in handy. The daily data collected provides communities the tool to protect their resources and force industries to adopt more holistic ways of waste disposal.

If we keep track of our resources only then can we truly achieve sustainable development goals. A lot has already been lost but this system could provide a way to prevent remaining aquifers from contamination. 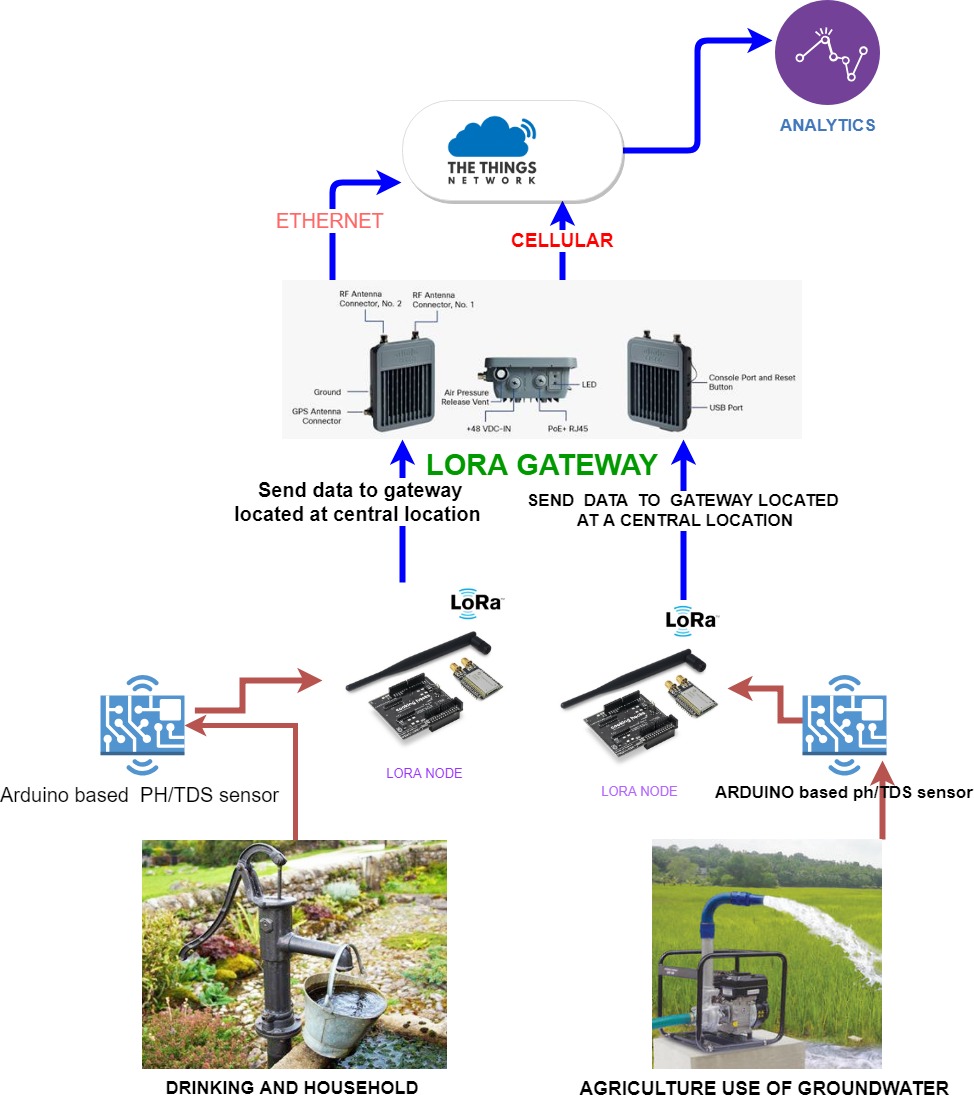 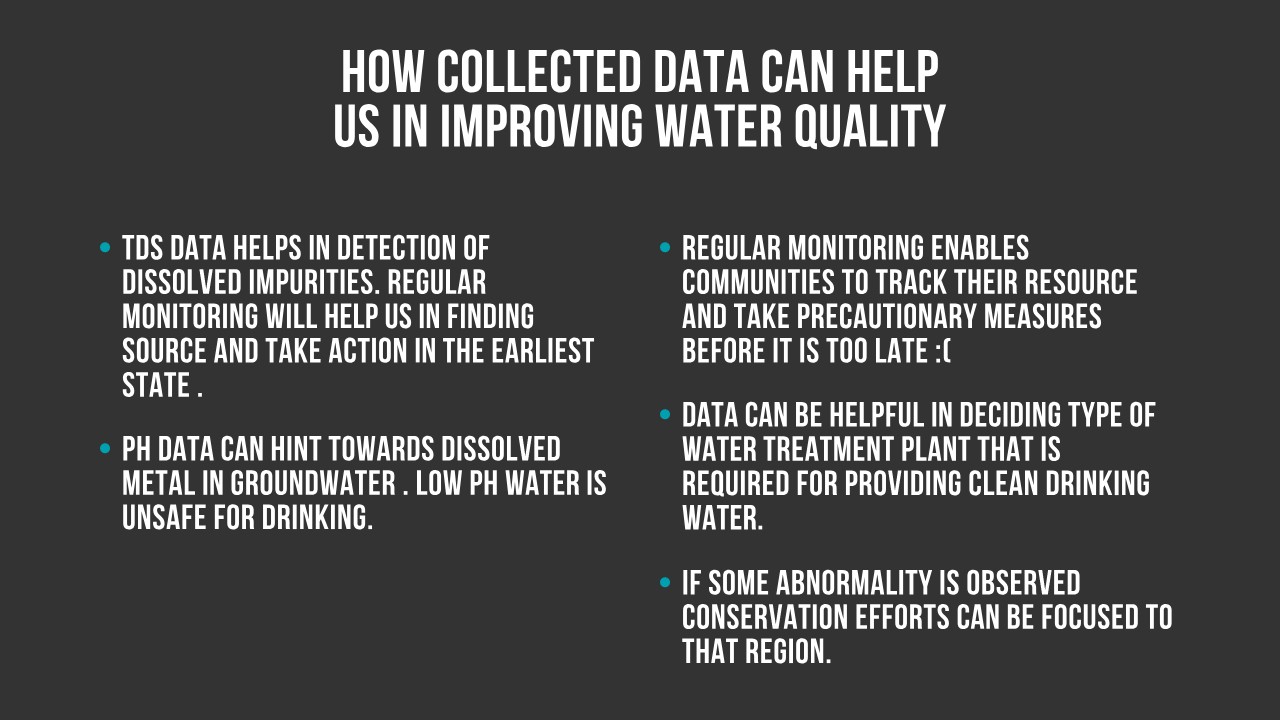 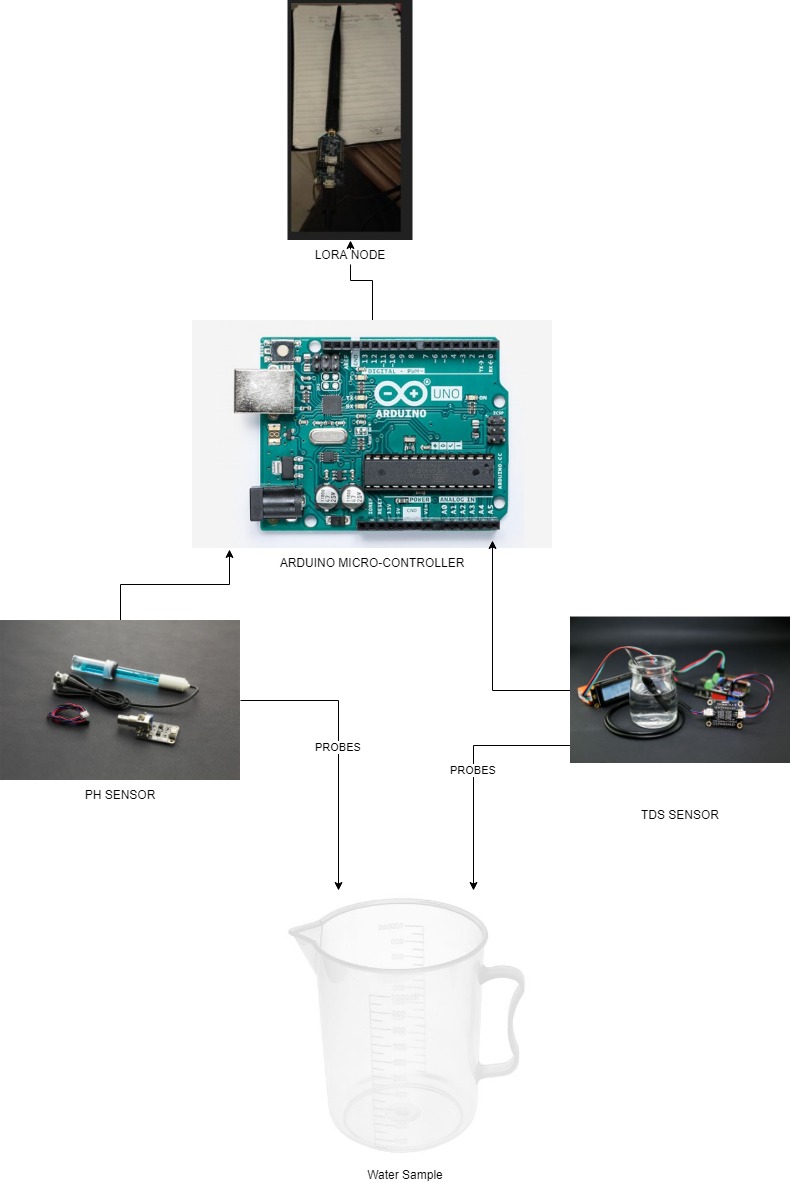 The iot technology has a lot lot of applications in real life , just exploring a few .