On March 20, 2017, the  Indian Government gave personhood to the largest rivers in the country Ganges, a few weeks after New Zealand identified Whanganui as human. After the previously failed attempts of cleaning the polluted rivers, having the same reasons as many other polluted water bodies -- untreated sewage water running into the rivers, the industrial effluent which the river cannot assimilate leading to higher levels of pollution and no one feeling responsible.

It can be marked that the water bodies aren’t being consistently monitored due to higher demands on energy with the cost it would take to setup and maintain 100 miles of sensor network.

SMART WAter-minal is a Self Monitoring Analytic Real Time Water Adopted ter-minal which particularly address the issue of energy consumption by IoT devices in sensing and transmitting the data they’ve collected.

The SMART WAter-minal includes an eco-friendly way of producing energy for its self-sustenance and meagre needs. It’ll produce energy on micro-level harvesting the energy from the water flowing in the river(or water body like open sewer channel). This energy production can be simply be achieved by the micro-hydro power unit which will generate the power locally for the SMART WAter-minal device. It’ll be water adopted by its physical design not disturbing the water eco-system & protecting the functional unit of the device in conditions like channel flooding or high flow-rate than the average.

The project identifies three regions for its functioning. These are as shown in the figure and explained below:

• Region 1: High water flow and turbulence here the energy produced for the maintenance of the device will be maximum by the energy producing unit in the SMART WAter-minal. This can be the initial stretch of a river into a plain.
• Region 2: Average water flow and turbulence but depth of the water body is sufficient to give optimum power for the SMART WAter-minal. This can be the region inside the city, having a lot of passersby and thus devices which can be used as the prospectus device for data transmission to the main server.
• Region 3: Shallow water body with trickled flow due to clogging or excessive waste dumping.

In the age of connected technologies, truly Smart Water will be a body which can monitor itself and also convey about its current health by communication. This communication between the general public and the water body is assisted by the SMART WAter-minal , it’ll be a terminal which uses the passerby’s device to send data over to the server. It’ll create a joint platform of SMART WAter-minal and IoT devices to monitor the health of the water body measuring its TDS (total dissolved solid) and pH level, broadcasting and engaging the local community in the awareness program.

The SMART WAter-minal will connect with the passerby’s device through Catch and Grab technique to achieve the low power consumption aim of IoT Technology. It functions as a conventional data logger which wakes up from dormant state when it’s time to transmit the collected data, and searches for a device to send data to, when this passerby’s device which is connected to the SMART WAter-minal platform is identified it is said to be Catch then the sensor data is given to the device and removed from the SMART WAter-minal device in the process called Grab this will reduce the need of maintaining an additional transmission unit in the sensor network and workforce in collecting the data along with the reduced memory requirement of the system, making SMART WAter-minal most primary and efficient device which generates its own energy without deteriorating the eco-system.

The SMART WAter-minal platform would lead to a probable notification on the employee’s phone whose factory let the untreated water flow into it, or in the resident’s personal device who directly lets the untreated sewage run into it, while crossing the usual bridge or taking the same walk along the riverside, triggering an alarm in local public and thus speeding up the process of creating general awareness & cleaning the river by being a responsible citizen.

SMART WAter-minal can be the potential impact around the globe because, while developing the conventional IoT networks we are not seeing the power source for them we are just using power banks which gets depleted after few months and would need to be replenished once again, the difference is SMART WAter-minal addresses this issue beforehand giving an ecologically safer and sustainable water adopted rather habitat adopted concept in which energy would be generated from the local surrounding rather than being provided for it, utilizing the resources carefully. 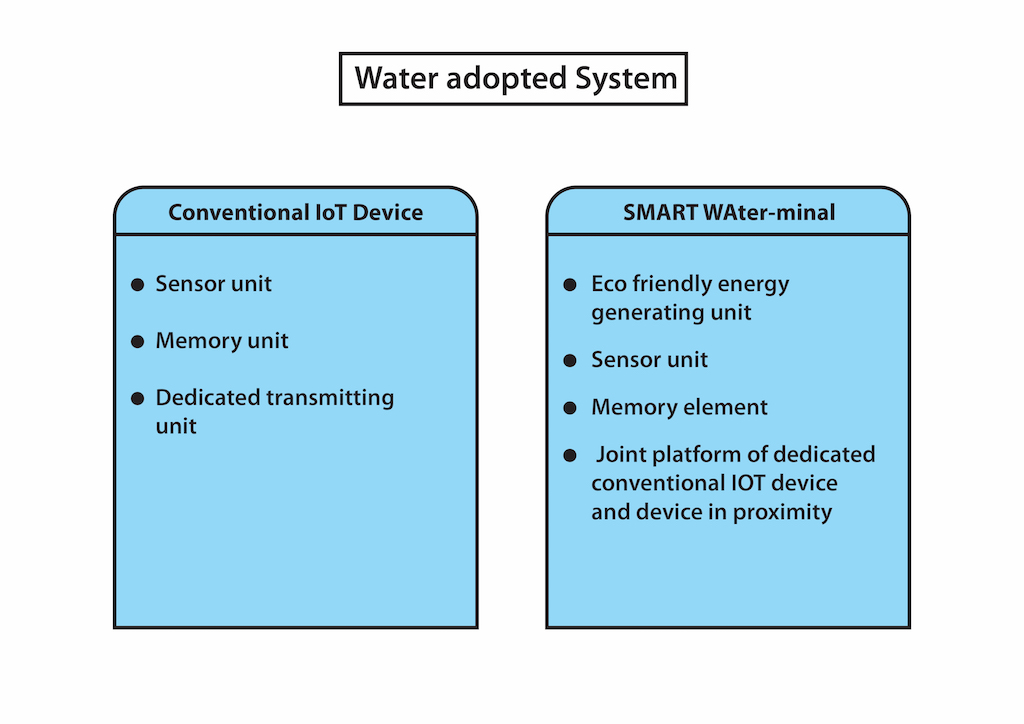 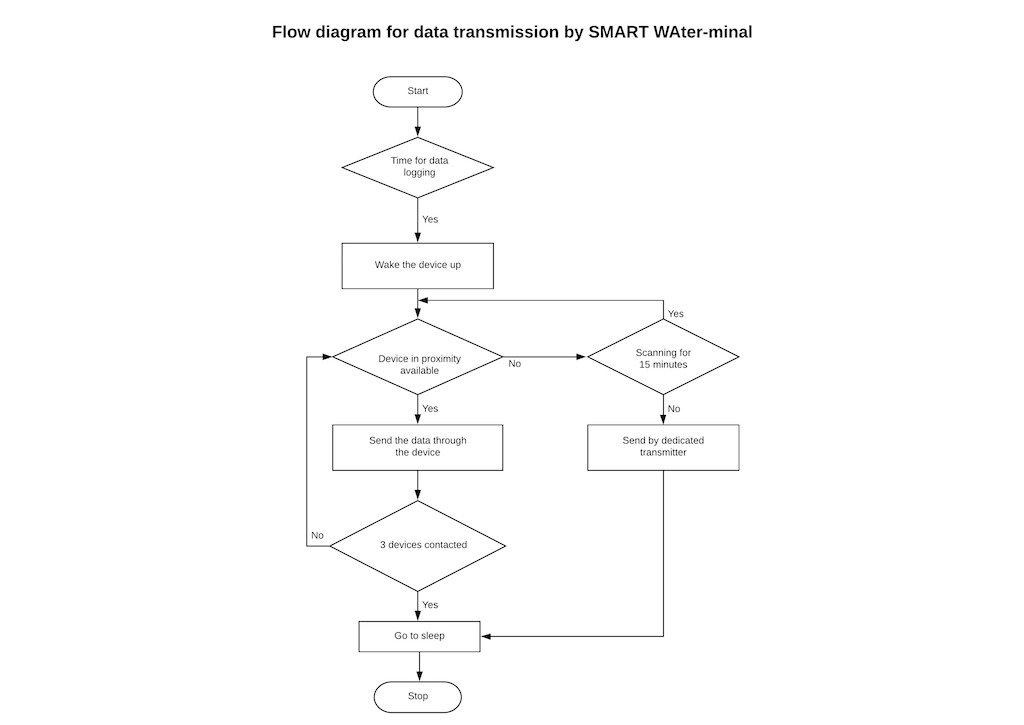 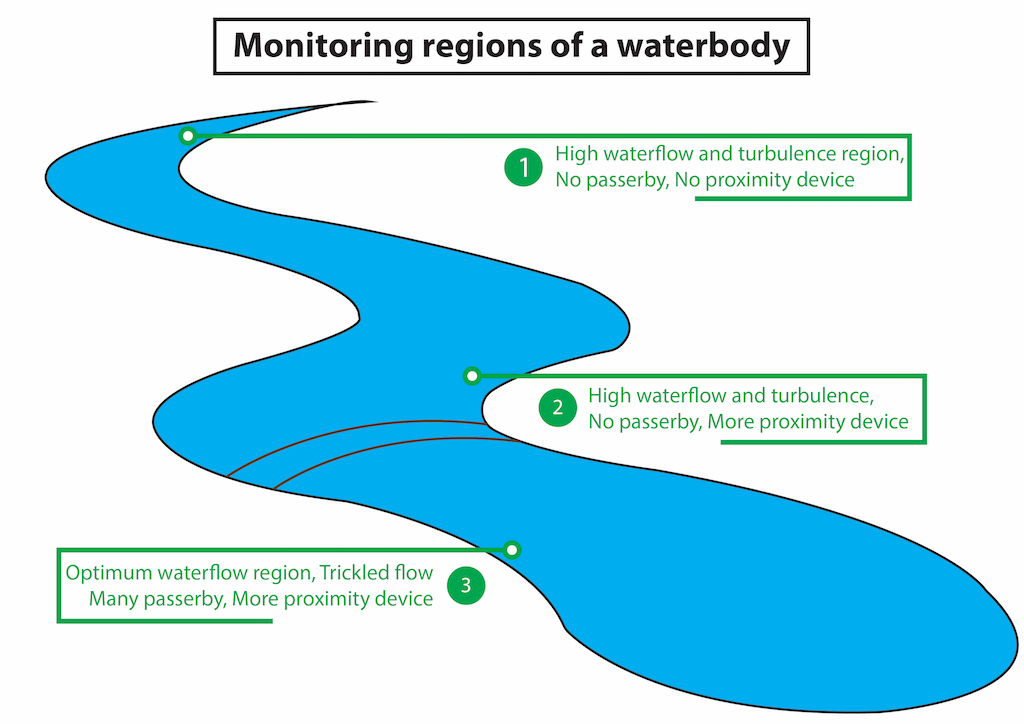 It was Earth's Day when I received notification from my faculty in class group about the contest, the categories were really open and few entries they had gave me an idea to try on this, the sheer idea of this contest, the planning, the entry form having a place for video pitching inspired me to be part of this.It always feels good doing things you love than watching videos and talking about things to be done. Also, I'm going to be an engineer in just another 365 days can't leave the place which taught me so much a government engineering college without giving it back.