This circuit is primarily a Buck converter, a type of DC-DC converter which adapts voltage levels, with the addition of a microcontroller. What sets it apart from commonly-available products is that it utilizes limited-power sources to deliver as much as is available to the load, as well the concept of microcontroller supervision of a power converter. Upper and lower voltage setpoints are available to establish an input window of operation. Two more setpoints establish output voltage and current maxima. There are provisions for temperature monitoring. Synchronous rectification is available from the MOS driver IC, and implemented on my prototype. This includes a high-side driver rated for 600 volts enabling a wide range of applications, including (-) grounding while utilizing N-Channel MOS or IGBT devices on the (+) power rail, and alongside existing grid-tied solar inverters.

The primary intent of the project, and initial motivation was a solar-direct pump driver. Due to the available user interface inputs, this product can be used as either a primary solar-to-load controller to drive pumps or LEDs for example. Alternatively, it can share power from an existing solar installation without confusing an operating “MPPT” (maximum power point tracking) device such as a solar inverter or charge controller, thereby enabling an auxiliary power source for charging a battery for example. Also, in cases where the solar panels are open-circuited, such as in an offgrid solar/battery power system when the battery is full, this controller can utilize the excess power, adapting the solar array's impedance to the auxiliary load to heat water for example. It will start operating with only the window low-end setpoint, since the solar voltage will increase above this threshold when it's not used by the MPPT.

The IoT aspect of this project is an addition of a supervisory microcontroller. My plan for this project, and for my senior project, is to add headers to my existing circuit board design so an Arduino can be parked. Since a primary advantage of this product is to supply power where commercial power isn't available, and since there are many options for connectivity such as Ethernet and 433MHz transceiver modules, this addition will lend itself to infrastructure development with remote monitoring and control options. It will be useful to know when a water tank is full, at what power a pump is running or state-of-charge of a battery, as well as to have access to the history of these parameters accessible via Bluetooth for example.

A second primary motivation for the addition of the microcontroller is for information harvesting in relation to the operation of the converter itself. I'd like to incorporate limit-event-recording for installations with non-realtime access, as well as the ability to do multi-parameter sweeps in a laboratory setting for advancing power supply design. Varying the main switching frequency can increase performance, since at different power levels, different frequencies will be more efficient. Another reason to adjust switching frequency is for RF concerns, either changing to a different specific rate or even continuously dithering the rate to reduce peak RF interference. Switching frequency from the converter's point of view relates to shifting heat-dissipation regions: higher frequencies tend to heat the semiconductors more, whereas lower tend to heat magnetic cores more. A perturb-and-observe algorithm can be implemented to test switching frequencies and correlate efficiencies at those rates. A table can be created in memory, so in applications where power level frequently changes, the lookup-table can be used to arrive at a higher-efficiency state more quickly.

My product will be easy to manufacture - printing circuit boards is quite popular and routine, and even hand assembly of these converters is not difficult. Considering the availability of the Arduino, its header structure and diversity of add-on boards, makes customization limited mostly by a user's command of C++. This product will fill a gap in the industry, allowing greater utilization of existing or new solar installations, helping to increase availability and control of water sources. 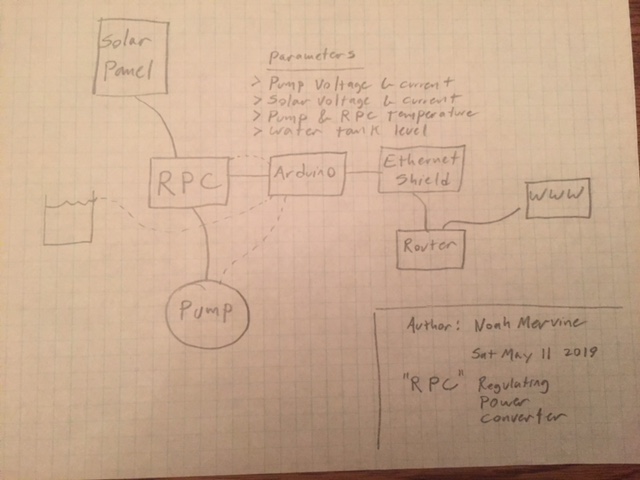 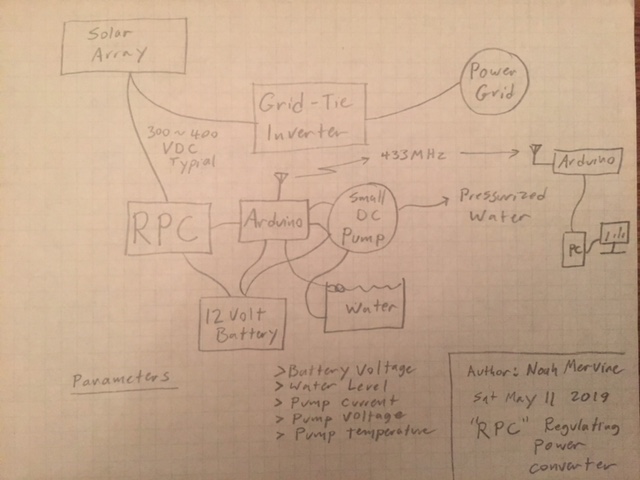 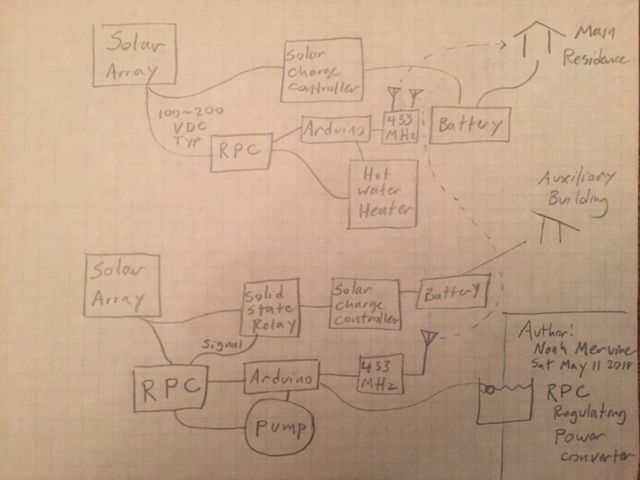 This has been a project I've wanted to bring to market for over a year, which inspired me to designed this particular circuit board. I've sold solar power equipment for several years, and there have been numerous times I've needed this device, and it's just not available. There are simpler versions that are more specific to just panels and pump, but none that offer so many custom applications, and none with integrated IoT, nor any type of microcontroller supervision.