About the project:
In this project, we not only considered purifying the air but also cooling the air. Because nowadays global warming is increasing enormously, so cooling of the air is equally important to purifying the air. In this way the prototype shows great impact on the two major global crises. This project is not a new invention but this is a developed model of an existing invention because in this technological world 99% of the inventions are already done and the development is the only necessary thing for good and healthier future.

Working:
First, the pipes arranged on the divider suck the polluted air from the atmosphere and carry it through the underground lines to the air purifying section of the plant using motors. While entering the air purifying section the pollution of air will be measured using sensors.In the process of purification, the polluted air passes through different filters which can purify the particulate matter up to different levels (PM2.5 to PM10) depending on the pollution level of the air at the plant. After purification, the air enters the cooling section of the plant later this cooled air will be allowed to enter the atmosphere through the outlet pipes.

The measured values from the sensors can be processed by the core controller arduino uno. Finally, the sensor data can be viewed on the Internet using ThingSpeak API. The recorded values will be compared with the standard values and the operation of the respective plant can be managed. The whole data collected in a year will be recorded and compared whether there is any improvement in the quality of the air or any further purification process required. In this way monitoring of the whole city can be done .

Finally, the waste collected in the process of purification will be safely disposed of using different methods

The main parts used in this process are MOTORS, FILTERS, and SENSORS. There will be an only initial investment in these parts, which are quite less expensive and the maintenance cost of these parts is minimum. The major requirement of the plant is power and it will depend on the usage of the plant. This power can be supplied by solar pannels which can be placed on the plant to reduce the external power intake.

Uses for improvement of life:
The various filters used in this project help to eliminate the particulate matter and the disease-causing viruses present in the air. This helps to improve the health of people as well as animals. By also cooling the purified air helps to control global warming by reducing the average surface temperature.

Why should my idea win:
Since my idea not only deals with monitoring but also rectifying the problem. so, If my idea wins I am not the one who wins but the future wins and healthier urban living will be the result. 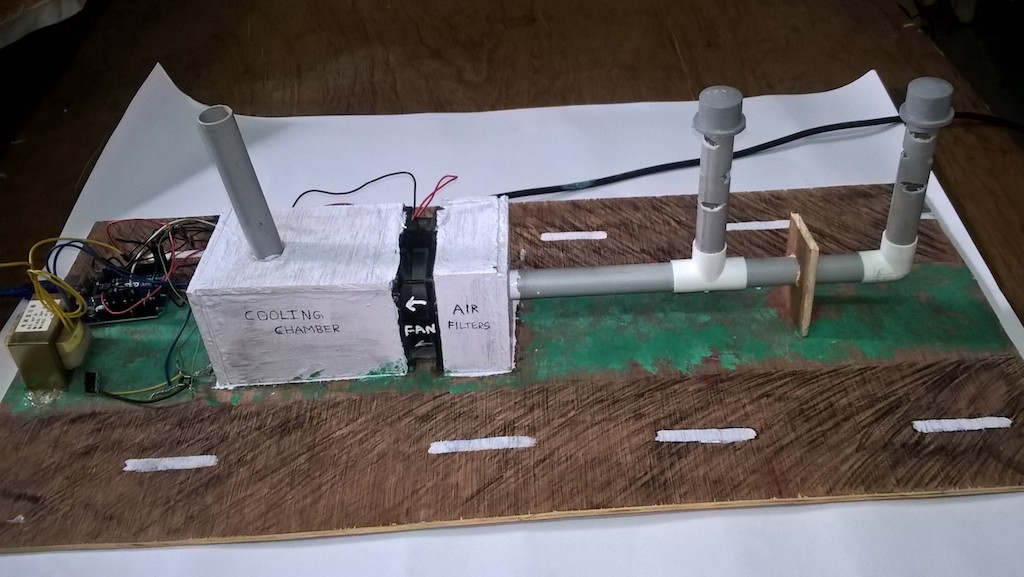 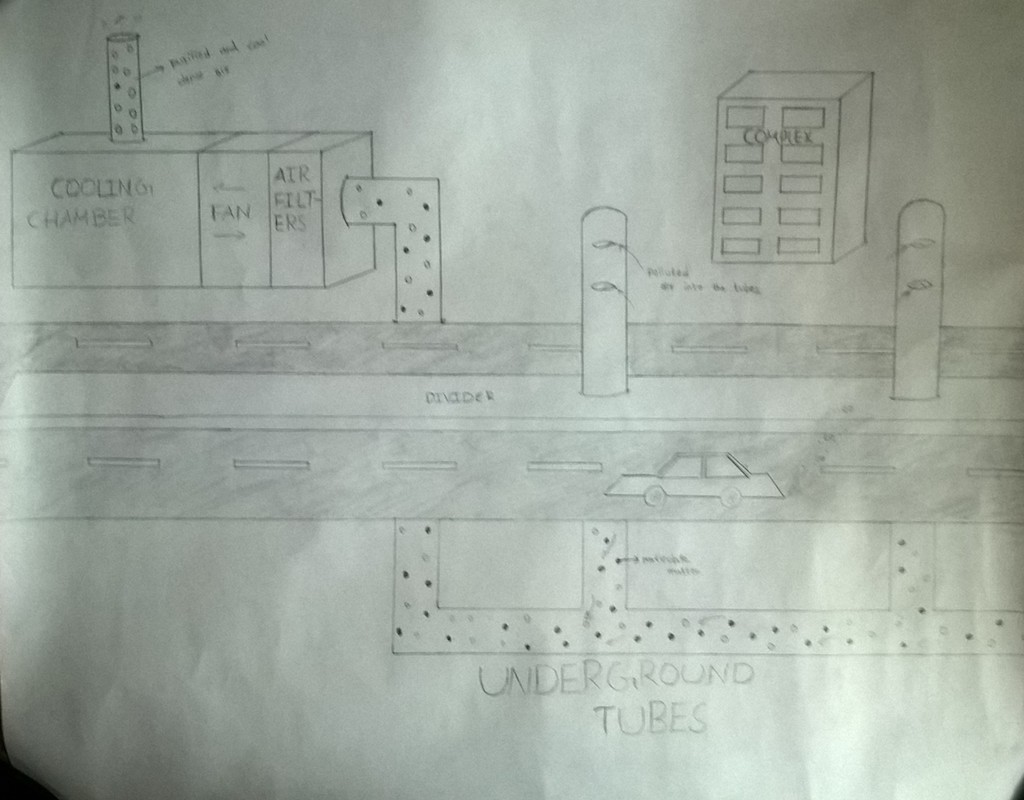 one fine day when i was speaking to my father about the urban difficulties he said the air pollution is main problem. He also added that everyone are just trying to name it but not reducing it then i thought i must be the change and change future of urban living conditions. so i came up with this idea.