One of the biggest challenges that humanity has to collectively face is pollution. It causes diseases, allergies in humans; it may also cause harm to other living organisms such as animals and food crops, monuments and may damage the natural or built environment. Human activity and natural processes can both generate air pollution. To enhance the quality of life in urban spaces we need to actively analyze real-time data and make sure it reaches the right people who could mend the situation.

The advancements in cloud computing, the betterment of internet connections and the conception of the Internet of Things has opened up an entirely different horizon for innovators to solve the challenges that we face today. All these technologies coupled with Machine Learning have acted as a precursor to this project.

We propose to create dynamic networks of air quality sensors that collect data in real-time. This functionality is gained by mounting chosen sensors on top of any public transport system. Moreover, the installation is simple. Data collected from these sensors is stored in the cloud and processed by a pre-trained predictive Machine Learning algorithm. The algorithm identifies and classifies different causes based on the training it has received and displays all the information generated in a mobile application along with map makers and geo-fencing to warn the users about pollution in the area that they are about to visit. Further extensions of this system include notifying government authorities and propose action plans to reduce pollution based on the specific issues in that part of the city.

With this project, we could monitor, analyze and take effective action step for Air, sound, and data in a city to improve Urban living. Till date, we have stationary detecting stations at various cities and not even in different areas . Moreover, that data is just collected but not articulated for a further action plan .This is where our project collects real-time Dynamic pollution data and analyze it derive to the right course of action.

● Initial tests will be performed using data that will be generated manually based on real data for testing in specific environments.

● The second phase will include data generated from an automation tool.

● The dataset would be larger and it will be a realistic representation of the actual data.

● At this stage in the system’s life cycle, it would be mature enough to produce its own dataset based on real-time testing done using the sensors.

● One of the most crucial stages for testing, this stage will extensively test the machine learning algorithm with a faulty dataset to check it's precision and accuracy.

● There will be two sets of data-: 1) generated from an automation tool and 2) generate from feeding false and true data to the sensors.

● The goal here is to rule out false positives and false negatives.

● As the name suggests, the testing module will randomly test the system for a temporary period of time using simulated datasets. 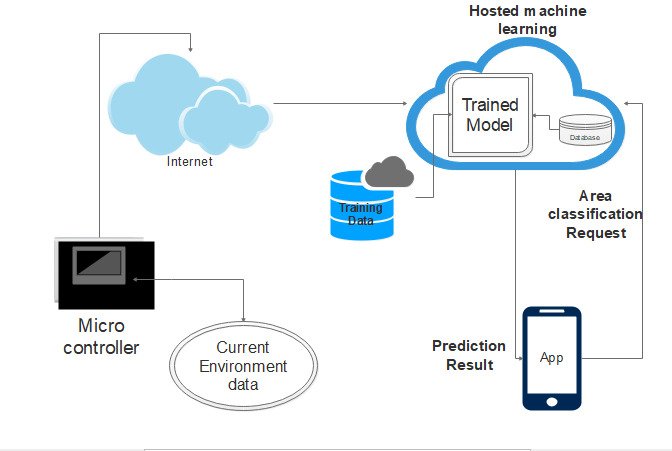 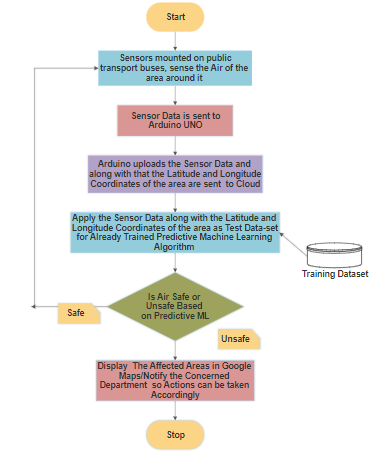 We love learning, exploring and taking up challenges as a team. We really wanted to improve our wonderful city and the world. Our team spirit and hunger to learn is our inspiration to enter this IOT innovation Challenge.