We are social beings, and thus we need to communicate with each other. We anticipate and mirror each other’s movements when we are in sympathy or agreement with one another - when we are on the same side. Unfortunately, standard infrastructural methods of communication are often not adequate to handle situations like post-disaster, whether it is natural or man-made.

The after effect of a disaster is destruction – of lives (human as well as non-human), property, and infrastructure. To mitigate the post-disaster effects of a large-scale disaster is to ensure immediate response (rescue-relief and evacuation, if needed) at the right moment and at the right places. However, communication blackout is often an inevitable phenomenon of a large-scale disaster due to multiple reasons – damage of communication backbone, power crisis, signal jamming, etc. The affected community fail to connect the outside world, suffers from insufferable pain, and often perish after being unattended even if the savior were in proximity. Whereas, where communication, real or virtual, among the stakeholders, persists in a situation like ones mentioned above, disaster mitigation would have been easier and more effective.

In the present situation, such a network is created when forces like NDRF or Army takes control of the situation. They use battery-powered satellite phones and associated transmitter-receiver devices carried in their backpack. Alternative solutions are nice, except for the following criticism:

In our proposal, we would like to present an end-to-end system that may ensure a persistent communication that may survive even after a large-scale disaster and would connect the affected community to the disaster managers and the outside world as a whole. Using our proposed system, the local and the state administration could collect crisis information from the stakeholders in order to pinpoint the rescue-relief need of the affected community. In a nutshell, our proposed system is designed to provide an alternative communication infrastructure with minimum possible investment towards the additional infrastructure that would survive even after a large-scale disaster, would ensure exchanging crisis-related information among the stakeholders at their maximum convenience, and as a by-product, would provide the stakeholders with a consistent view of the crisis situation and resource (human or material) demand and supply in an user convenient visual form maintaining their level of authority through mining and aggregating automatically the crisis information present in the system preserving the source anonymity. In idle time, the solution can also be used as a low-cost replacement of information kiosks or localized information hub which will serve as the access point for agricultural/medical/weather data. The proposed system comprises of a smartphone application, ‘Surakshit’ (presently designed for Android platforms only, likely to be extended to other platforms in future), and a custom-built hardware-suite, ‘XOB x.1’, precisely made for this purpose. 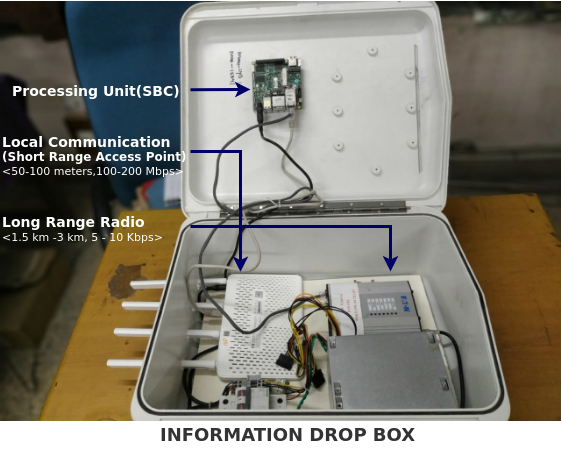 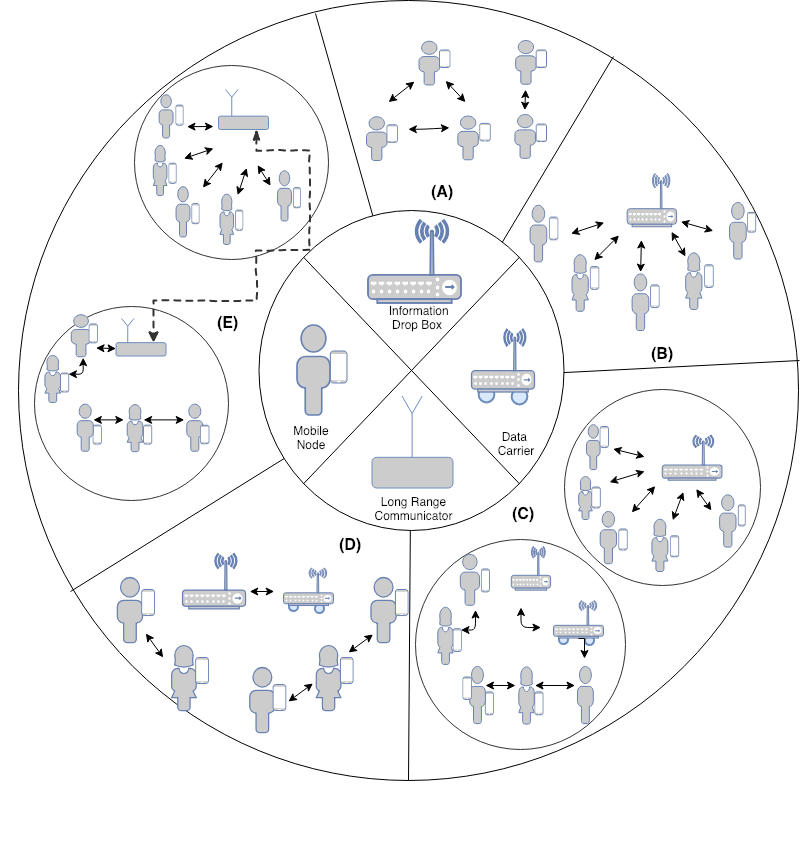 Disaster can occur anywhere, anytime, without warning. We started the work of an ICT based disaster management system as a part of their research under project Post-Disaster Situation Analysis and Resource Management using Delay-Tolerant Peer-to-Peer Wireless Networks (DISARM), ITRA, Media Lab Asia, Government of India keeping that in mind. It was in that context, we realized, though a lot of improvements had been done in other components, in the case of the network in a post disaster scenario and crisis mapping of the affected area in real-time, much is left to be addressed. Bearing that in mind we, Prithviraj Pramanik & Kingshuk De, envisioned to make the research idea into a disaster management platform.