Cities have a problem with conserving their resources. Some areas have lawns and plants that are watered by inefficient irrigation systems. Some examples are public parks, rooftop gardens, and college campuses. It’s very frustrating to see that sprinklers are running even though it had just rained that morning, or even when it’s raining at that moment!

Most sprinkler systems follow a timer, and are not aware of the environment around it. This wastes a lot of water.

Cities need an irrigation method that is easy to manage, autonomous, and flexible for different vegetation. The goal of this is to make smarter irrigation systems that are not only easier to manage but also save water and money

Most sprinkler system networks get their water from a single source. Shutting off the source will shut of that branch of sprinklers.

At that source, A device can be placed in series to control the flow with an electronic valve. It will process information from sensors to determine whether the sprinkler system should be on or off.

The device itself will have peripheral sensors which gather data such as temperature, soil moisture, air humidity, and light. It will have cellular connection to collect information about the regional weather and remote controls.

For the device to be low power, the device will have a solar panel to charge its battery. The device will mostly be in sleep except when receiving remote controls. It will wake up every 6 hours to update information and decide whether to turn on the sprinklers for a set amount of time.

This solution will make it easier for cities to manage their irrigation in parks, or for any private individual who needs to manage plant life. It’s autonomous and can be remote controlled from anywhere in the world because it’s on the mobile network. The device will save water by being aware of the environment around it and weather predictions. 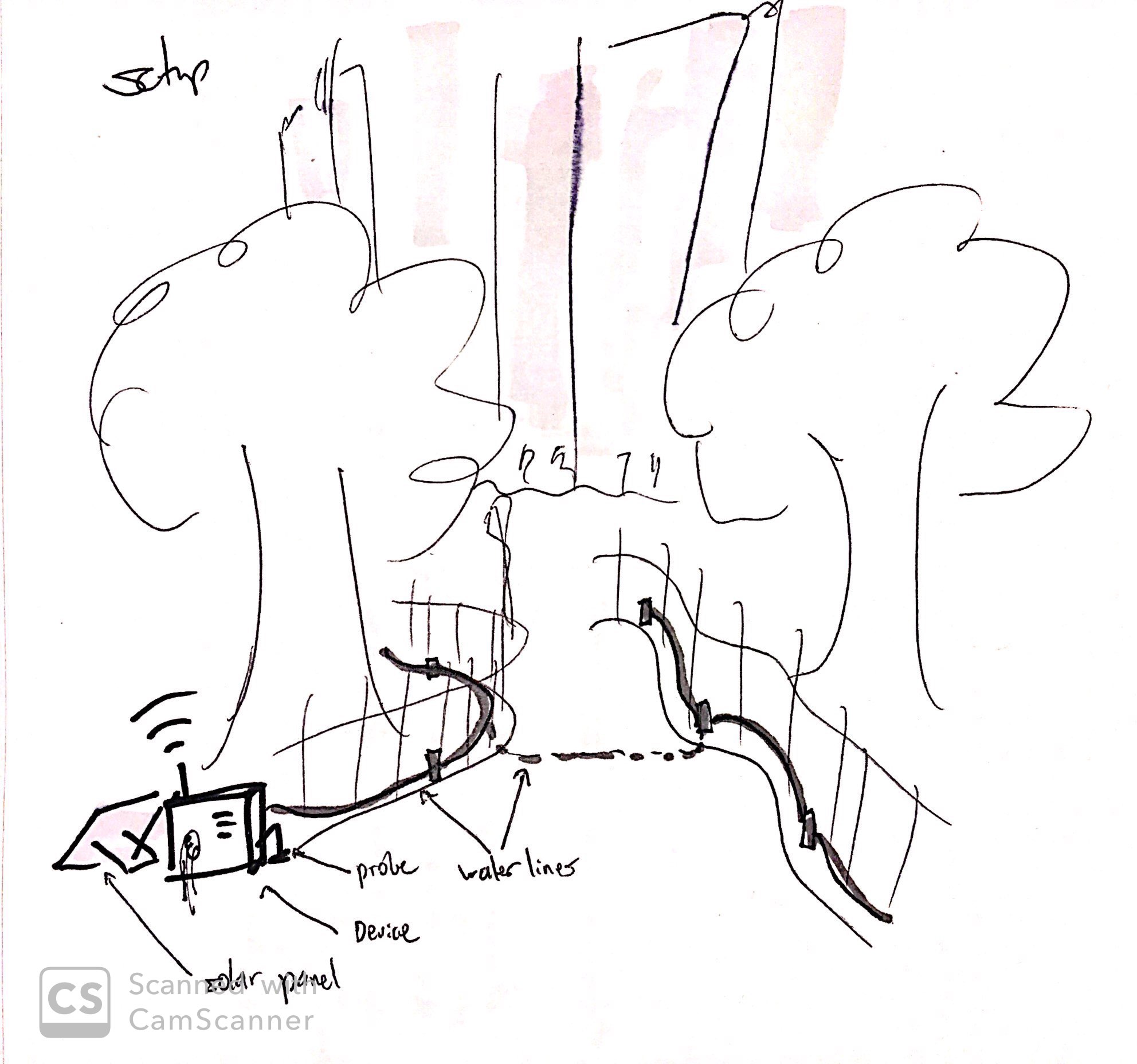 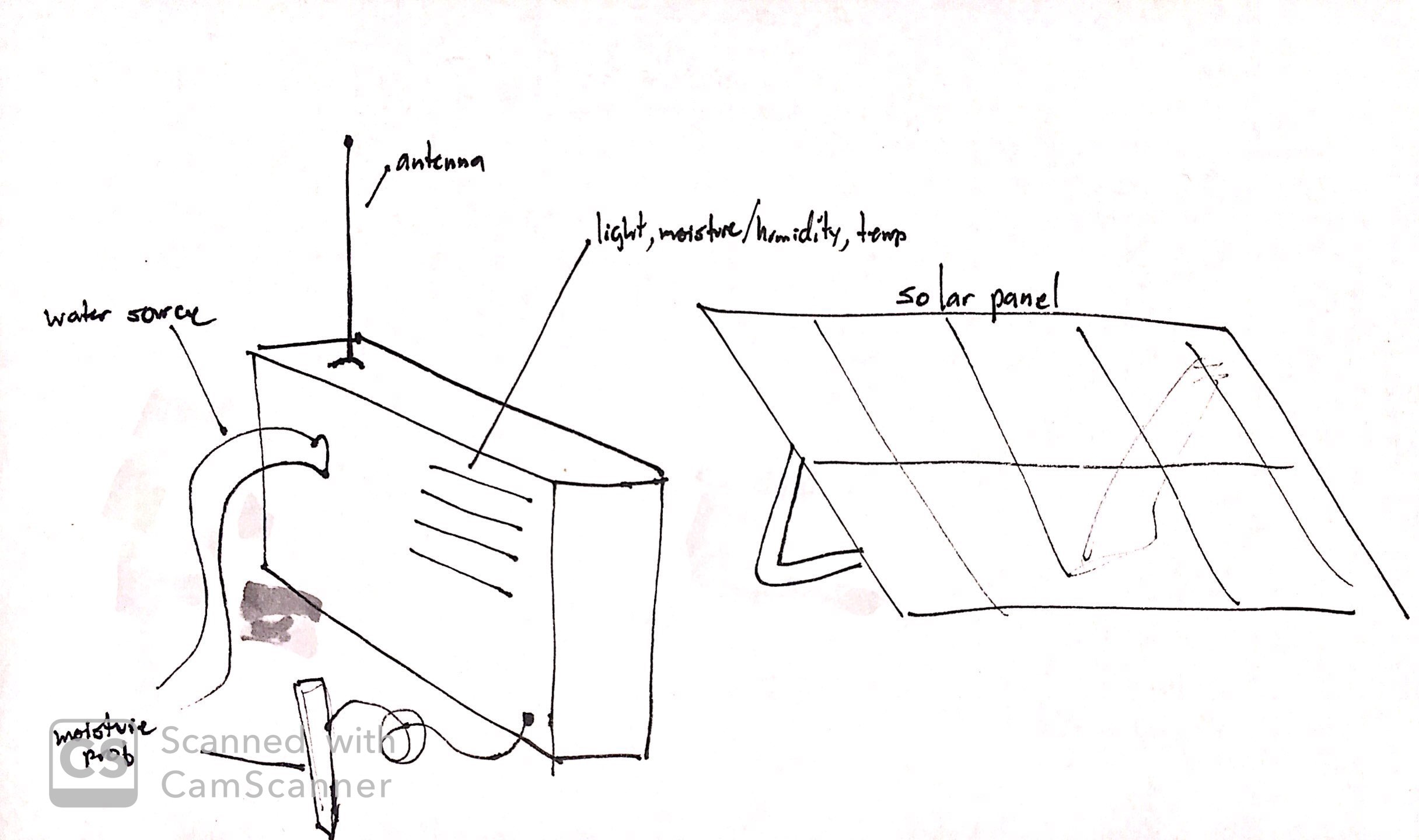 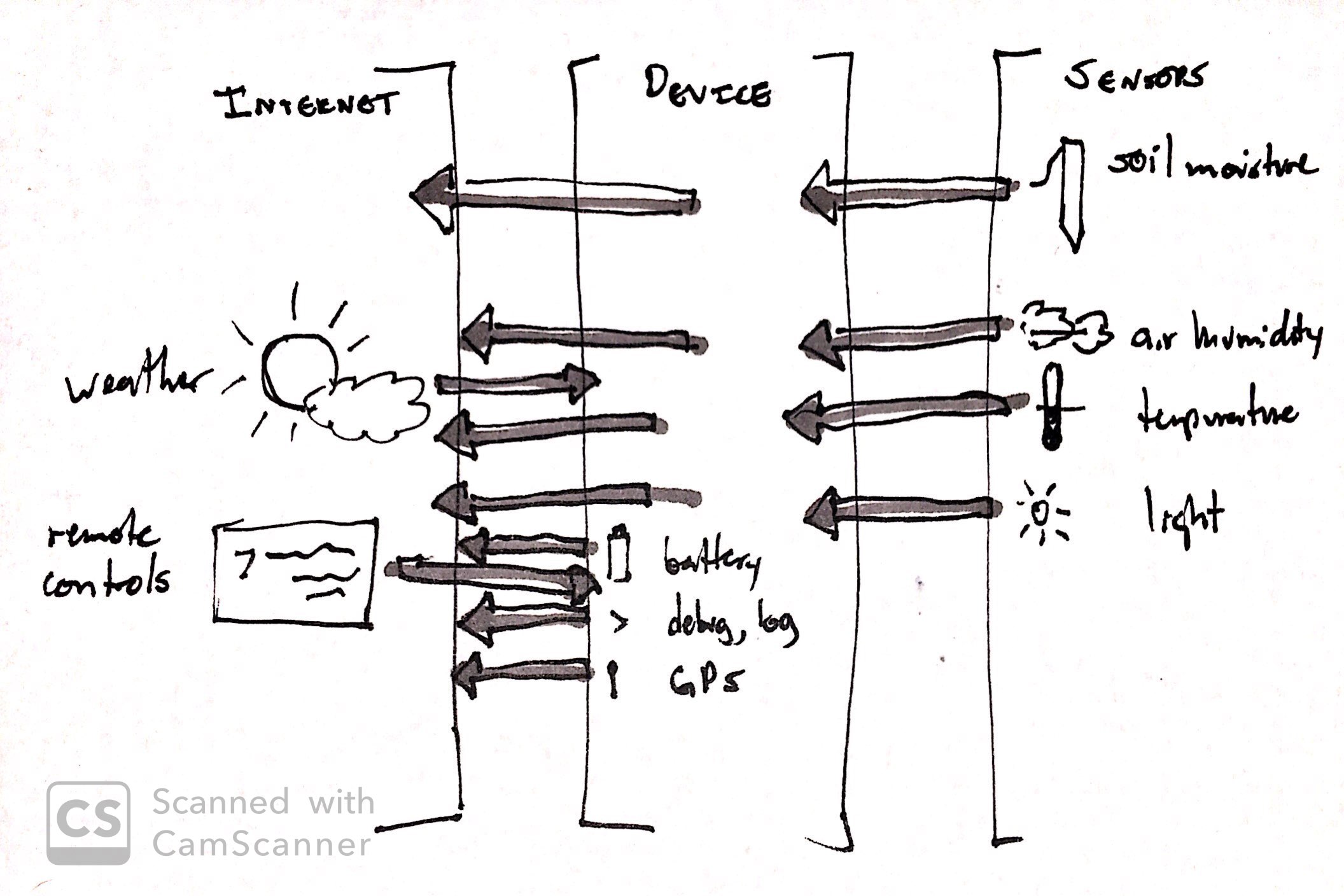 Frustration of our schools sprinkler system