Air quality in urban areas has deteriorated over the past decade due to increasing urbanization which leads to harmful gases being sent into the atmosphere which makes the air we breathe toxic. To tackle this problem the governments have setup different Air quality monitoring stations but the problem with the current system is the lack of maintenance, inadequacy of data and less number of stations per city to give proper Air Quality Index(AQI). Another disadvantage of using the current system is that it uses longer time to process data and send it to the people so that they can take precautions and the error rates are also high when it comes to data analysis. Therefore this Air Quality Analyzer helps the citizens of a city to closely monitor the surrounding air and keep them safe from being affected by air pollution.

Working of the System

As given in Illustration #1, the Raspberry Pi is the heart of the system which analyzes the data and sends a report to the citizens. The system is made in a closed enclosure which can be easily put up on high rise buildings or electric poles for proper monitoring. The height of the system should be 3 to 4 meters from the ground because it is where most people are vulnerable to the toxic air. The system has an inbuilt weather station to monitor the weather of that particular area and analyze the process. It will be powered by four solar panels which are placed on the sides.

There are two tubes for analysis. The larger tube is "PARTICULATE MATTER ANALYZER" which filters the particulate matter (PM) of sizes 10,2.5 and 1 microns and will be arranged respectively as seen in Illustration #2. There will be a weighing scale or a sensor attached to each filter cups to check for the amount of PM present in the air. Now as the PM is filtered the data is sent to the Raspberry Pi and the Atmospheric Air inhaled and passed through the PM Analyzer Tube, fresh air will be sent back to the atmosphere thus cleaning the toxic air.

The "GAS ANALYZER" uses a very small and less volume tube to concentrate all the gas on the gas sensors. Here, three types of Gas sensors are used, namely, MQ-7, MQ-131 and MQ-136 which are sensitive for carbon monoxide, ozone and sulfur dioxide gases respectively. There is a distance being maintained from each sensors so as to not disturb the readings taken from the sensors. Multiple readings are to be taken here to minimize error rates.

Illustration #3 Air Quality Analyzer App, this app first takes the data input from the citizen about his health and other issues which he is facing and later once it is done, the user will get personalized information on how he can stay healthy from the air he breathes outside. The app will suggest the user about the pollution levels, AQI, and the area where the AQI is very bad and keeping a check on his current health conditions what he or she should do to prevent from being sick due to air pollution.

The data is sent over the internet using Raspberry Pi to the Air Quality Analyzer App on Android on an hourly basis.

How Data is analyzed?

The two tubes inhale the atmospheric air separately and when the air passes those tubes data is sent to the raspberry pi and now it processes the whole information it gets from the weather station, PM Analyzer , Gas Analyzer and the Power Source. The data taken from the sensor is sorted and the Air Quality Index (AQI) is prepared and the report on how good or bad the air is in the surrounding is reported. This report is sent to the user through the Air Quality Analyzer App on android devices. Thus, making their lives better.

Why should this Idea win....

This idea should win because it covers some of the basic issues of Air quality monitoring and the report is approachable to the citizens directly and much faster. The error rates are reduced by keeping the system at optimum temperature and taking three readings and also particulate matter from air is being purified. 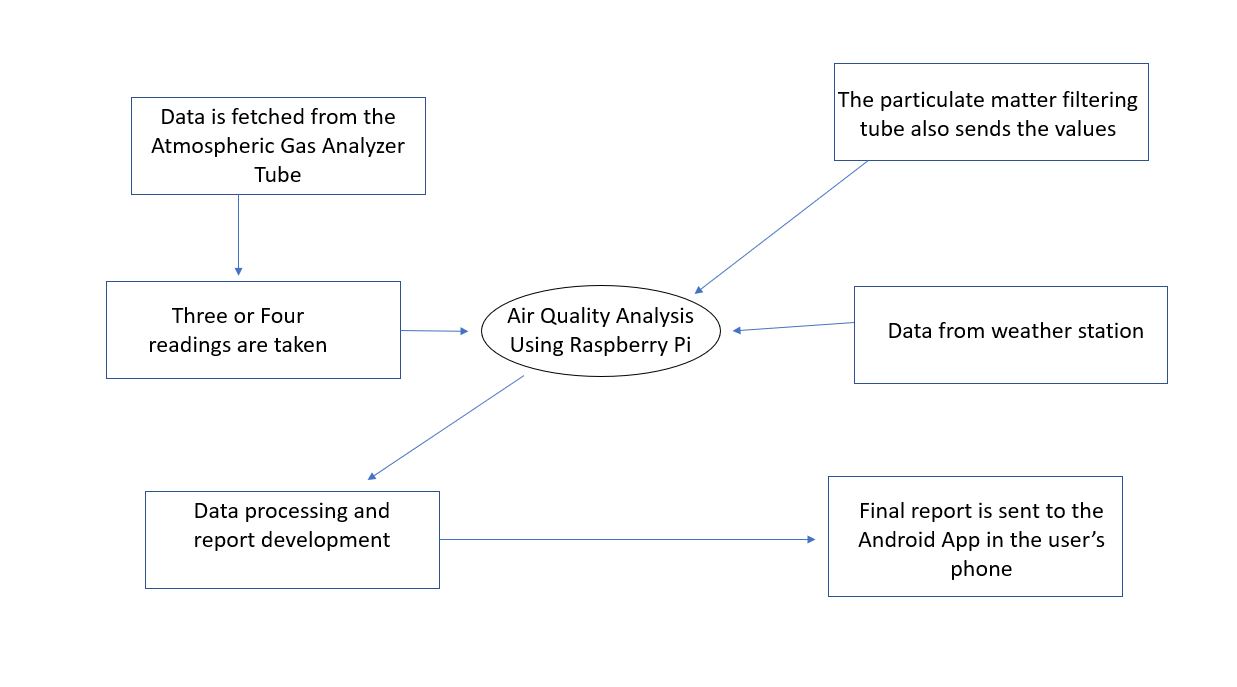 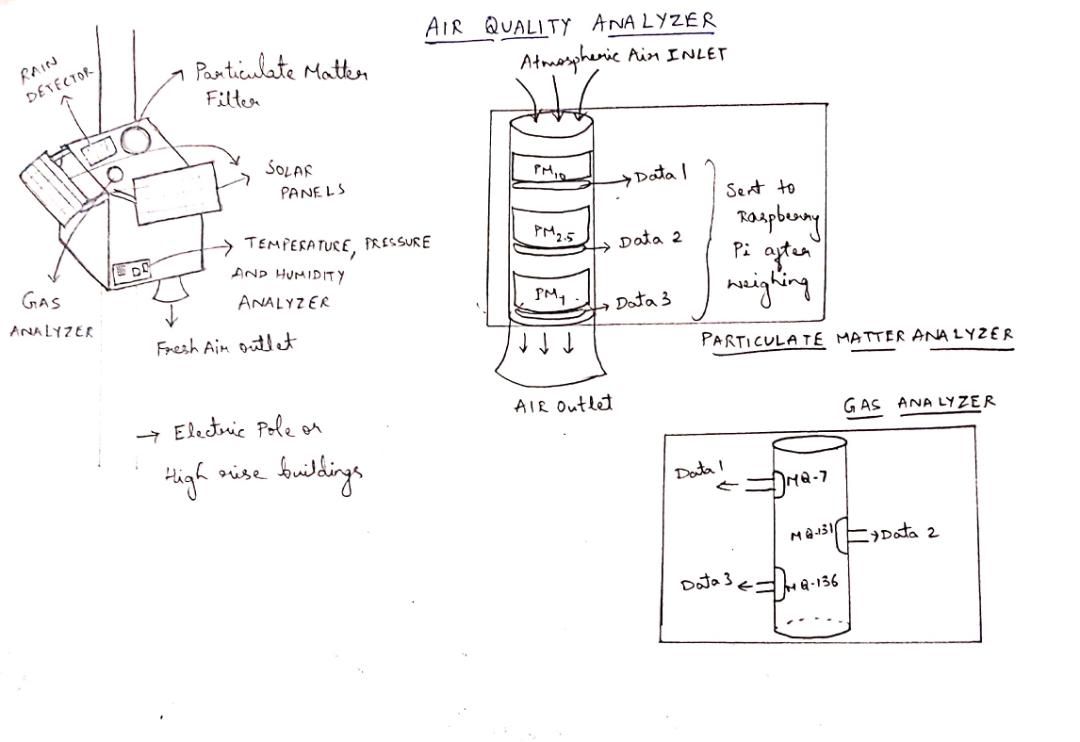 The current situation of the AQI in New Delhi, India where there was inadequacy of data from the system to report or analyze the air quality index there and the fact that many people are inhaling the "invisible" toxic air pollutants unknowingly and who don't have access to know when the air quality has become worse has made me take up this IoT Innovation Challenge.