Quality of air has become a major concern worldwide and so has the raised levels of noise, in and around the city. Living with high noise and degraded quality of air adversely affects the people as well as animals in the city. Being aware of these crucial factors in our environment can help us with adjusting our day to day life choices.

So, we bring an IOT device which can monitor the air quality without maintaining direct contact with the surrounding gas, alongside offering a real time monitoring of the noise levels. A device that works indoors, on the go and outdoors.

This device uses IR rays to measure the pollutants in the air, in addition to the noise detection sensor. It is a justified investment, as the system doesn't have any pre and post-requisites. After collection of the data from an area, the device creates a heat map, displaying the levels of noise and air quality. The comparison between the two, gives an idea of whether the air pollution is due to vehicular traffic or some other factors. Consequently, the authorities can take suitable actions.

We aim to create a prototype that is able to detect air and noise pollution levels, relay the information back to the owner of the device and analyse the data to create a heat map around the city in real time basis for comparison between pollution and vehicular traffic. This system can be used for commercial as well as industrial purposes.

The device can serve either an indoor, on the go or outdoor application, depending on the threshold value set. The device is wearable hence it can be clipped to any clothing, bicycle, bags, etc for 'on the go' monitoring.

Moreover, the device is capable of separating the cause of pollution as gaseous or solid (pollen grains, etc.) contaminants which can lead to allergies.

Upon detection of Air and Noise pollution in a particular area, which exceeds the set limit, the area would be red-zoned and higher authorities will be notified about the location; to check the reason for such high amounts for air and noise pollution and to determine if there is a way of reducing it. This is an effortless way of keeping in-check the air and noise pollution levels around the city and in your home.

As an additional feature, the entire unit can be used as a security measure. In case of a house break-in, the high pitch noise of glass shattering, will be immediately read by the unit and the owner will be notified.

i) The Sensor Package: This unit comprises of an IR radiator-detector pair, a microcontroller, a noise pollution detector along with various other sensors.
The IR radiator will throw IR rays, which will pass through the air sampled. Using the property of absorptive IR rays, the detector will receive the resultant IR rays. The values from the detector will be passed to the microcontroller where these values will be analysed (compared with the threshold) and the pollutant level will be received.

Simultaneously, the noise pollution sensor will be receiving data from the surrounding and will keep pushing the data to the microcontroller. The microcontroller will analyse the data and send the location of places where the recorded noise level is more than the set threshold.

ii) Back-End Computation: The Base station is tasked with the job of handling the triggers from all Sensor Nodes spread throughout the city and homes. Once a trigger is received, the listener script pushes the data to the Database. The Data received is analysed for triggers that are concentrated around particular spots. This ‘heat-map' will essentially reveal the areas with poor environmental condition, filtering out the false triggers. Tickets are raised for the identified noisy and air polluted areas and alerts are sent to the administrators.

iii) Administrator Interface: A Web-app will serve as the Front-end interface of the system to display the alerts, triggers and raised tickets. It will also display the heatmap generated from the triggers received, using the OpenStreetMap API. This will enable the administrative officials to keep a check on the execution of the system as well as be aware of the city's condition at a wide level.

With many countries being in a stage where several smart city ecosystems are under design and proposals for implementation are underway, we believe our project will cater to the needs of a smart city infrastructure.

On every street there would be a units installed on buildings/ pillars which will upload the real time data of the noise and data of the air pollution after certain interval on the cloud for further analysis.

Few manufacturing industries need certain air condition for which one can install this unit. Authorities can keep a check on the emission levels let by industries.

One can install this unit in their home, school and office monitor the air and noise quality. It also serves as a security measure. Wearable unit helps asthmatic patients and others to avoid regions with high pollution while travelling. 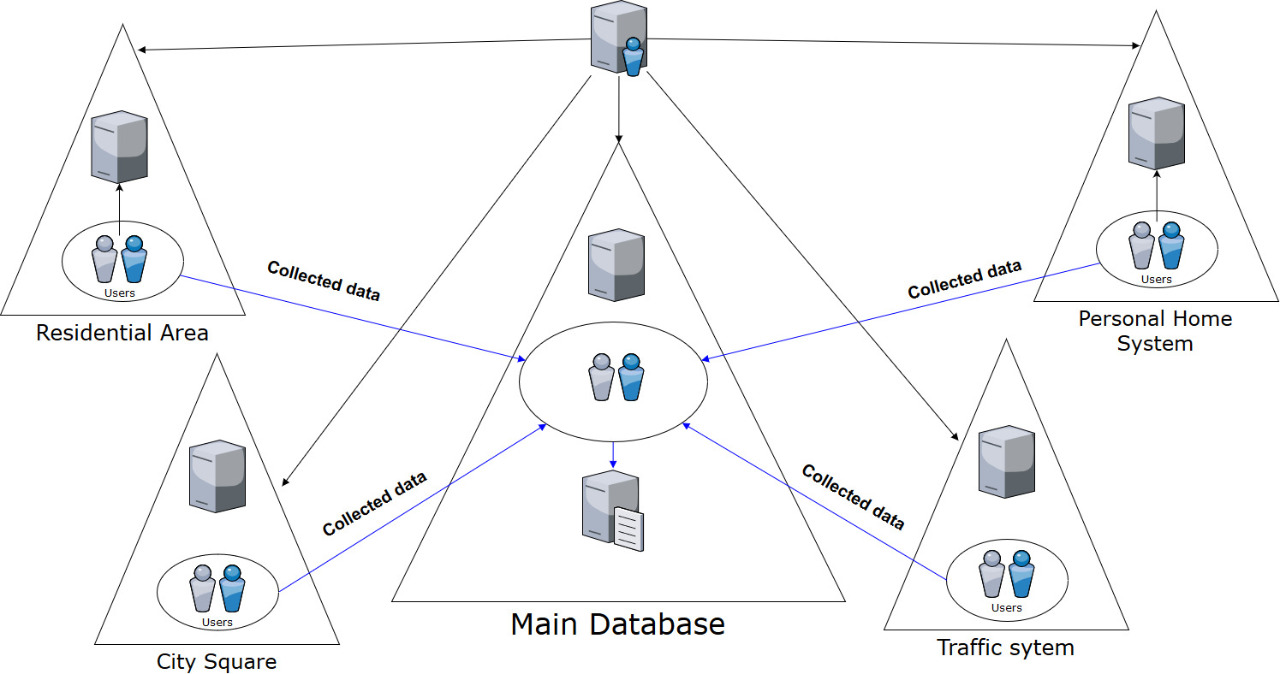 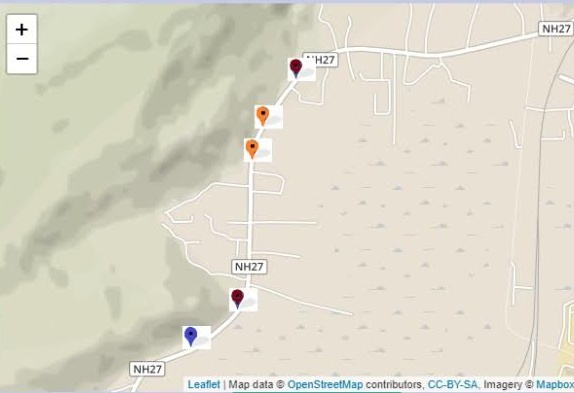 INSPIRATION Delhi has grabbed a position among the few most polluted cities in the world. In spite of such revealing facts, minimal actions have been taken for its decrement. Moreover, the residents of the city are not fully aware about the various pollutions they are accustomed to in their daily lives as it has become a mundane for them. Being the young residents of Delhi, we decided to create this IOT device prototype which not only increases awareness among people but also forces the concerned authorities to take quick actions. We hope that our novel idea, will bring The Change!