Malaria is a common disease we all know about and it is preventable and curable yet almost 219 million cases of malaria were found in 2017 and the estimated number of malaria deaths stood at 435,000 with the numbers increasing each year. The major problem is the detection of the malaria or more precisely detection of the right parasite (strains) species that cause malaria in humans. As of now, many countries with high burden of malaria have a weak surveillance systems or no system at all. And even if it is available people cannot afford it. We believe that medical care should be available to everyone from an urban city of New York to a remote village of Africa irrespective of the technical drawbacks, connectivity, and lack of medical personnel or well infrastructure.

Here we are using a device called “FOLDSCOPE” which is an origami based microscope designed by Prof. Manu Prakash of Stanford University. It is been designed to see microscopic objects like the malaria parasite summed up with affordability and durability. But here also the main problem arises of trained professionals to detect the right species of malaria parasite. We redesigned the Foldscope and integrated it with the Internet of things so that any person who is a health volunteer in a small village could just take the blood sample and get the answer about the presence of the malaria parasite without having any knowledge of detecting parasites.

As depicted in figure 1, we are going to integrate servo motors with the existing design of the Foldscope for automatic focusing and panning and then a raspberry pi would be connected along with a camera module to take the pictures of the microscopic specimen and upload it to the Cloud as depicted in figure 2. The link to the Cloud would be through a regular mobile network or through LORA (Long Range Wireless Communication Protocol) having a range of 20KM, in case of remote places where connectivity is a major issue. Here we are taking the worst case scenario of very low connectivity. The images would be sent through a LORA module (SX1278) to the LORA gateway (RAK831 LoRaWan) established where it would be uploaded to the Cloud for Storage and then passed to Google Cloud MLE for image processing and detection. After the image processing and detection the report would be sent to the recipient through an Application or SMS in the form of text to consume less data.

Detection of malaria is just a start. Think of a world where a blood sample taken from a small village in Africa can be examined in the United States in real time which is been stored in the Cloud. In case the device detects an unknown parasite the images of the blood sample could be viewed by the researchers all around the globe and safety measures could be taken in a much faster way. With the increase in population, detection of diseases would become difficult. We could use this device to detect diseases in much faster and an efficient way and maintain a database of the diseases in the different parts of the world in real-time and focus on the regions which are most severely affected. We are innovators; we build things which will be a bridge connecting healthcare to the remotest parts of the world to the millions of people by detecting diseases and tackling them in a much efficient and faster way. 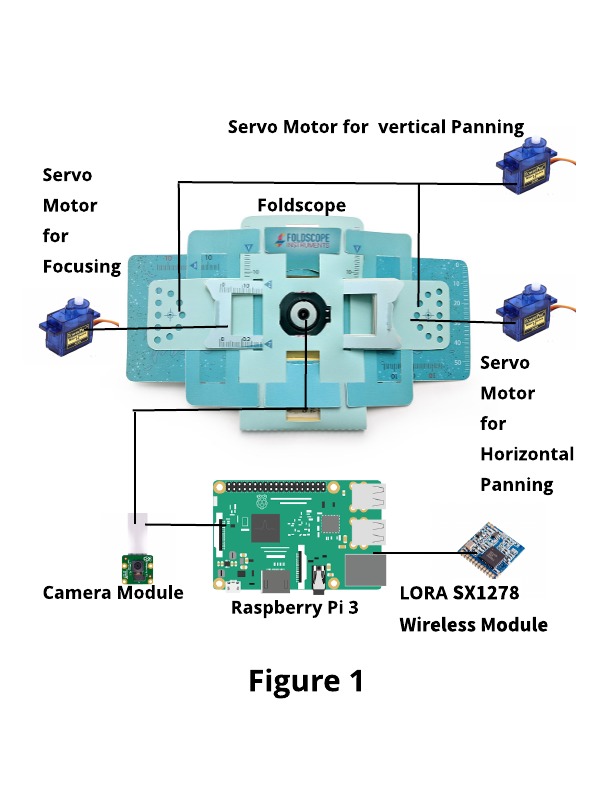 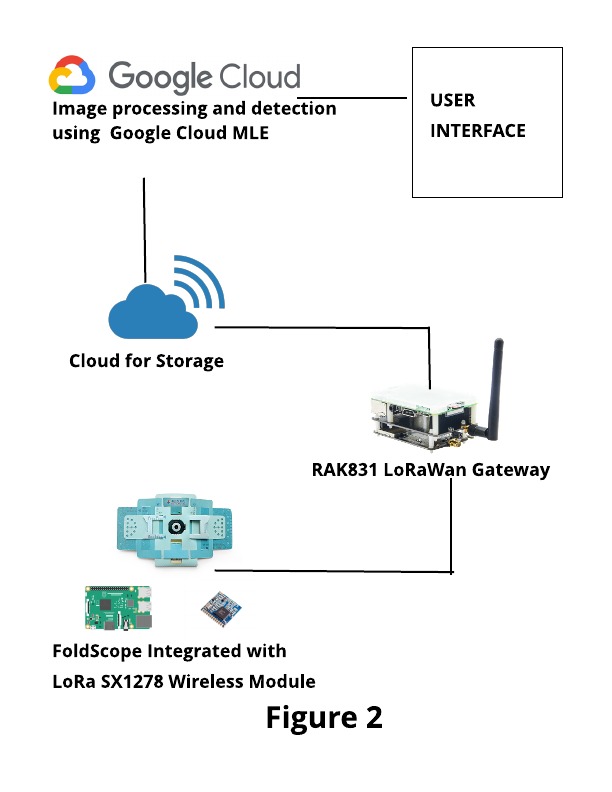 Our inspiration came from Prof. Manu Prakash of Stanford University which helped us to frame our project of detection of malaria using "Foldscope" and getting result with the help of digital image processing. Every year lots of people die due to the lack of right detection of malaria parasite or due to the detection being very expensive. Whenever a person has symptoms of malaria like fever, headache or vomiting, they are very uncertain about it and takes it just as a viral disease. This proceeds to worse condition of the patients and lastly when they take the test, its already too late. We build our project to increase the availability of the detection of malaria and giving them the result in instantly and accurately. Some places of the world lack the right medical tools for the detection of these type of deadly diseases. Our Model is made to be the tool to detect Malaria in a much efficient and in a cost effective way.Detecting malaria is just the start, we aim to find all kind of disease which can be detected from blood sample in future.