We plan to make our system cost efficient and easily manufacturable by using readily available parts from leading manufacturers that are standardized and well-described. The most significant costs of our device will be:

However, the total cost of a single node should not exceed $50. This price should drop when considering manufacturing in volume.

We are using STM32L072CZ which is fit onboard a CMWX1ZZABZ-091 module. Based on ARM Cortex M0+ core it provides great computing capabilities per unit of power ratio, allowing us to quickly and efficiently preprocess data gathered from sensors before sending it further.

Our project is utilizing MPU-6050 IMU consisting of an accelerometer and a gyroscope, HTU-21 humidity and temperature sensor. They both communicate with microcontroller via I2C interface. The sensor node also contains GP2Y1010AU0F fine dust sensor which outputs an analog signal, converted into digital domain by an ADC integrated into microcontroller. We intend to upgrade our node by adding barometer to detect atmospheric pressure changes.

We chose LoRaWAN as a communication protocol as its energy efficiency with regards to data throughput is impressive. It also has range of up to 3 kilometers in urban areas and around 6 kilometers in rural areas. That seems perfect for our application, as one gateway will be able to communicate with multiple nodes in its allocated area. The integrated circuit on our module responsible for the physical layer is SX1276.

A single cell 2250 mAh lithium-ion battery is a power storage for a node device. It is charged from energy harvesting charging circuit that draws energy from a solar panel. Thus we have 4.2V at our disposal which in current version we boost to 5V with a switch-mode power supply. That is because the smog sensor cannot work with 3.3V, which is our logic domain voltage, used by microcontroller, radio transceiver, and all the other sensors. In future revision we plan on powering only the smog sensor from 5V and the logic domain shall be powered by LDO regulator, taking its input directly from the battery. This way we can preserve some energy, now wasted in the form of heat from linear regulator powered from 5V.

The LoRa transceiver has the biggest appetite for energy, consuming up to 130mA in highest output power transmission mode. It will however transmit for short periods of time. The microcontroller and sensors will be held in sleep mode for most of the operation time, waking up only for short periods to gather and process data at regular intervals, or when one of the sensors will inform the microcontroller about one of the parameters passing a specific threshold.

We predict that in active mode our device will consume up to 160mA, and should be in this state for up to 10s for every 10 minutes. Low power mode, in which the device will be for the vast majority of its operation, should characterize with power consumption of around 2mA with battery being charged and around 60uA with charging converter disabled, for example during the night when the lack of sunlight prevents the battery from being charged.

The energy harvesting circuit can source up to 100mA of current into the battery during relatively sunny weather. For example in Poland average insolation per year is around 1600 hours, which amounts to 4,4 hours per day. Additionally, insolation during the fall-winter season is only about 20% of total annual insolation. Worst case scenario analysis indicates that the node would consume around 237mJ during day, while the charging should provide 325mJ per day.

We are able to detect rain drops impact with an accelerometer, provided that it is sufficiently sensitive. It is also possible to record hailstorm, as it would cause higher forces acting on the sensor. With specific pattern recognition, such inertial measurement unit could detect seismic activity, as it would cause different acceleration patterns than those from rainfall.

Temperature and humidity sensing is provided by one integrated circuit. It is a rather straightforward measurement but can provide information about heat waves or droughts.

We intend to create a test network covering about 1 square kilometer of suburban area, allowing us to monitor meteorological and seismic events. We intend to compare the weather-related data with official reports and search for any imperfections in the data gathering process. The region we live in is seismically active as there are many coal mines in closest vicinity. Thus we will be able to detect underground rockbursts or inundations, and proving that our network could be used as an earthquake detecting system. Each of the nodes will have its identification number and coordinates determined during set-up process. 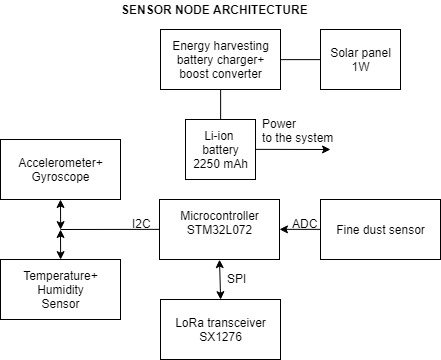 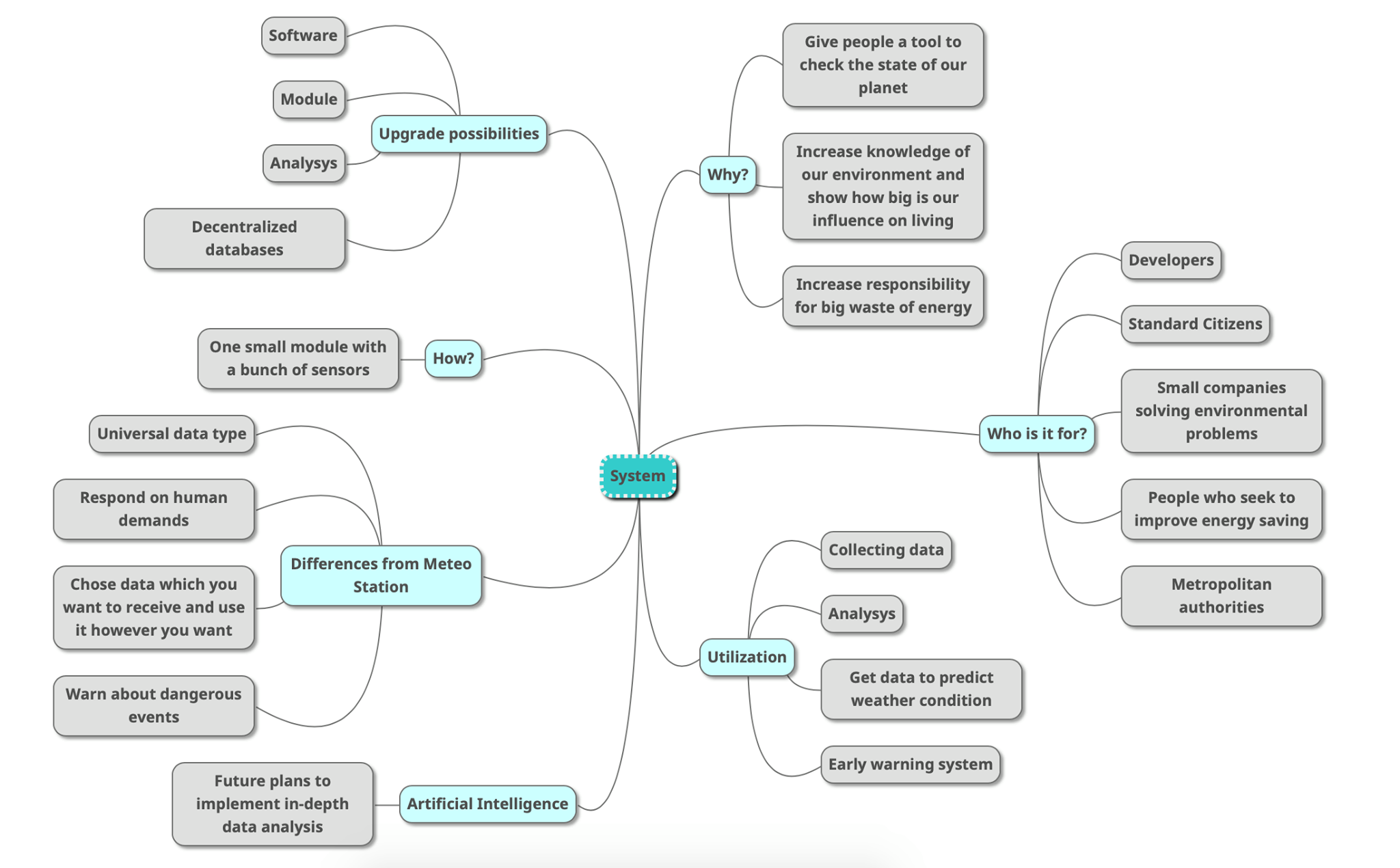 Poland’s recent issue with fine dust pollution has motivated us to develop a device that could create a freely available smog monitoring network. New developments in low power radio communication has opened vast possibilities for applications such as ours. We also seek to motivate teenagers and young adults interested in tinkering to create their own IoT devices that can be used for monitoring environmental parameters, enhancing their technical skills and spreading awareness about ecological problems of our planet. We intend to do so by performing seminars in high schools and successfully participating in Keysight IoT challenge will prove our competences and encourage people to participate in such events. We have decided to join Keysight IoT contest after watching youtube video on ElectroBoom channel, in which Mr. Sadaghdar encouraged viewers to take part in it.