Air pollution is a major threat faced by all cities in the world. However, in metropolitan cities, especially in developing nations, the infrastructure for monitoring air quality is insufficient. The government cannot afford to install air pollution monitoring stations because of the high cost associated with it. Moreover, present-day monitoring solutions are inadequate in monitoring several locations spread across the city.

Design Idea: How it Works

To effectively solve the problem, a solution is needed that provides an accurate estimate of pollution in real time, as well as be economically viable for governments and local bodies to install it. This can be achieved by deploying a Wireless Sensor Network.

A Wireless Sensor Network consists of several nodes, called ‘motes,’ installed at different locations. Each mote contains a number of gas and particle sensors, a microcontroller, transceiver, and a power supply unit. Each mote collects concentrations of various gases and sends this data to the base station for processing and analysis.

Once data is collected and uploaded to the cloud, it is processed and analyzed. With this data, a heat map is plotted for various pollutants as well as the overall Air Quality Index across the network. This heat-map will be available on a website and mobile application for public viewing. The system would automatically send email notifications to industries exceeding the emission levels based on standards set by government. This would also help regulators as specifics about violations would be known.

What makes it Innovative

Another advantage is Scalability. To increase the area being monitored, simply new nodes need to be added to the network. This would’ve been extremely expensive with present-day monitoring stations.

In order to save power, internet connectivity will not be provided to each node. This also reduces the cost incurred per node. The sink node is the only one in the network that needs to be connected to the internet for uploading data on the cloud. We would be having multiple base stations to ensure that failure in one station doesn’t affect the whole network.

Over-The-Air Programming (OTA) will be used to provide software updates to all the motes from the base station, as it is impractical to program each mote by visiting their physical locations once the network is established.

Each mote will feature a renewable energy unit (solar panel). This unit will be used to keep the battery powered so that the lifetime of the mote is maintained. Ideally, the mote would be self-sustaining.

How would it be Produced

Each mote costs less than Rs. 1500 (USD 21.33) to produce. They are made with an easily available and widely used ESP8266 controller (with built-in transceiver) and MQ series sensors. The cost is further dropped when it is mass manufactured. We would require about 300 for an area of 32 sq.km.
Once the motes are ready, the governing body needs to install these motes at strategic locations on existing infrastructure like lamp posts, rooftops, mobile towers, etc. Once the network is set up, the data collected by the network can be monitored from the base station.

Currently, for preliminary testing, three motes and one sink node have been done. The mobile web-application has been developed. Theoretical studies for efficient routing in a network of hundreds of motes has also been conducted. Sustainability test with solar cells is being done.

Every person will have access to real-time air quality in their locality. This will help people suffering from respiratory diseases to avoid polluted areas consciously. Real-time pollution data will be available to citizens on their smartphones. This will increase awareness about the state of pollution in their city and locality. Also, the government can send push-notifications to citizen's smartphones announcing advisories based on pollution data.

This project will help thousands of cities worldwide to implement an effective air pollution monitoring system. 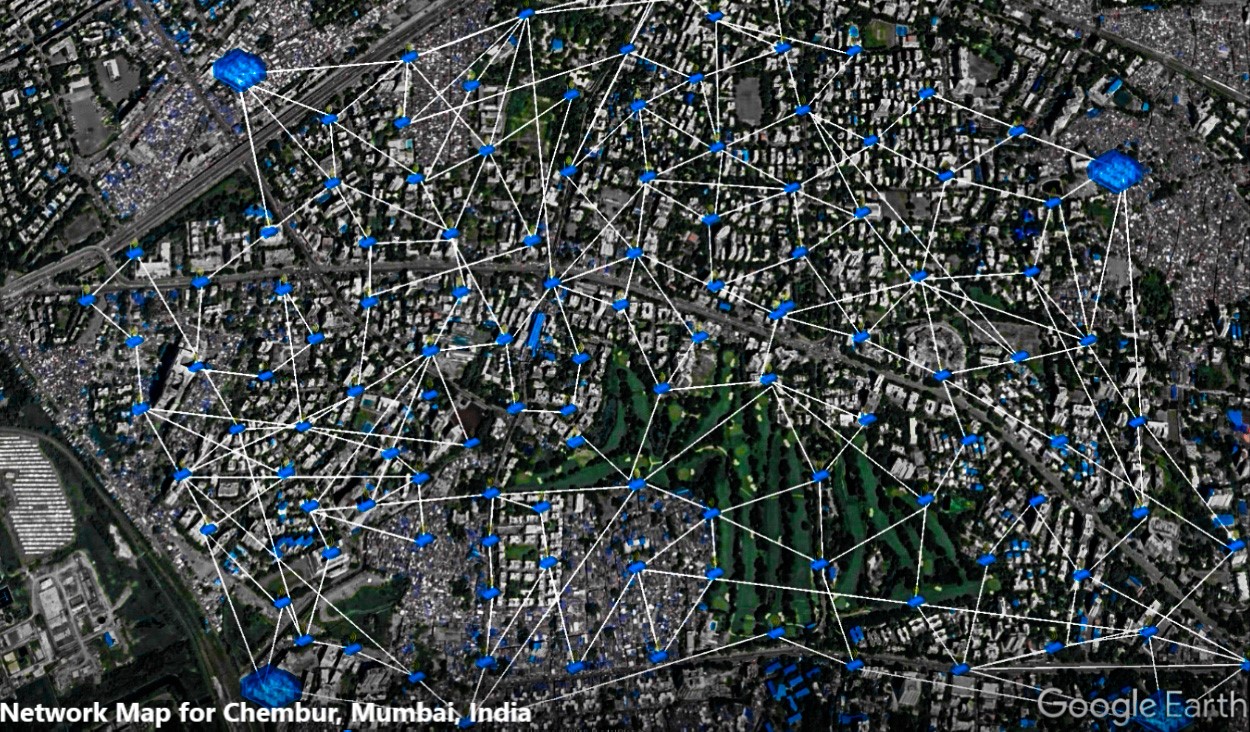 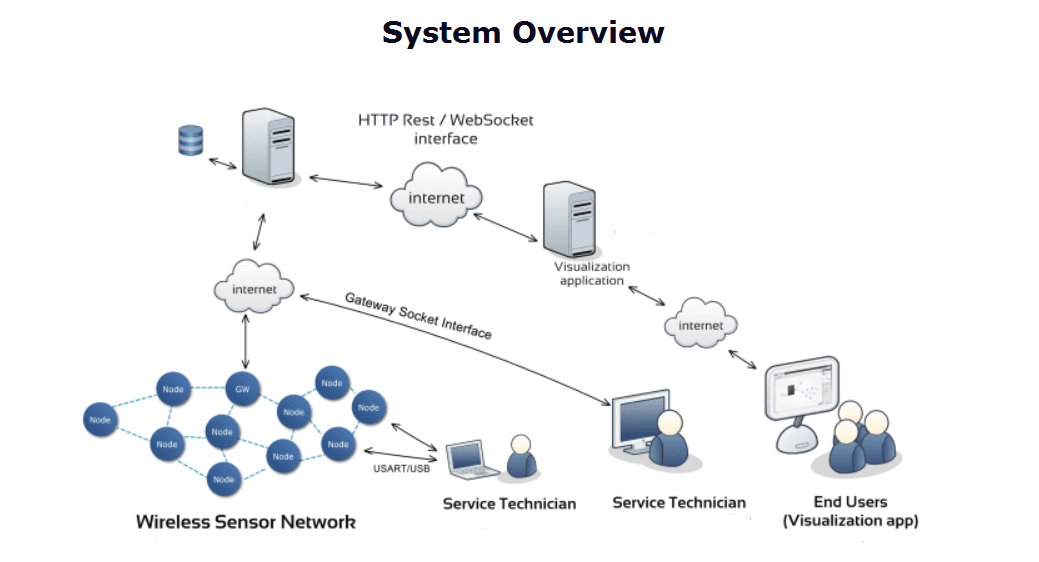 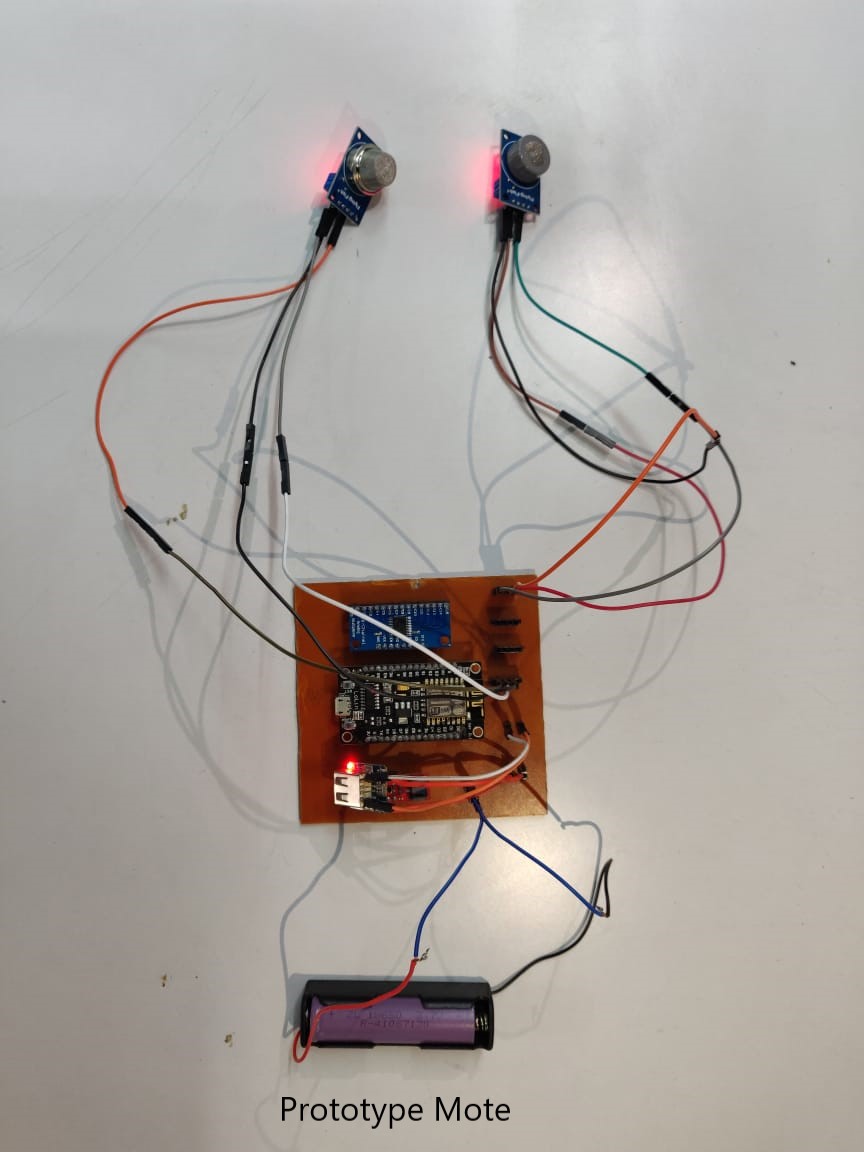 Our inspiration for making this project is two-fold. Firstly, our college lies in the neighborhood of two massive air polluters, a fertilizer manufacturer and a crude oil refinery. Both of these industries are infamous for emitting large amounts of pollution. The government finds it difficult to regulate them as to charge them, specific information of the nature of pollutants needs to be known. The second instance was when the capital of our country, Delhi experienced pollution that was literally off the charts (The scale showed the highest value it could, although the pollution was much higher). Something had to be done and getting to know the problem is the first step to solving it. This was why we came up with our system for monitoring pollution. We believe that technology can drive change as only a few things can. It is our responsibility as students and engineers to come up with innovative solutions to solve the problems of today. We believe that it is a fundamental right of every person to be able to breathe clean air and live a healthy life. With our solution, it is possible for us to not only monitor but also regulate air pollution. All this at a fraction of the cost of conventional monitoring and with much more accuracy.