When it comes to the Measuring, Detecting and Reporting of Pollution (a growing threat), the first things that comes to our mind in today's world is IoT. In this Idea of mine, we have employed general IoT sensors with Arduino and connected them to the Cloud. Sounds like a typical Electronics Hobbyist's mini-Project, right?

Here's what makes it different...

The innovation lies in the design of the Sensor Network and the way it is applied. As we know, the requirement of this contest is to "design a sensor network strategy to cover one square kilometer of urban area, to monitor and report on one or more of the mentioned aspects for at least one year".

Now, instead of using a single sensor and working on it unconditionally so that it covers the given area for the given period of time, we have come up with a simple yet convenient solution to this complexity by introducing "A Network of Portable Sensors." These IoT devices (the whole setup) aren't placed at a particular place but are actually mounted on multiple Transport Vehicles (say Public Transport Vehicles).

So, why do we want to do this and how does this work better?

Each IOT device has firstly an Arduino UNO and a Sound Sensor (KY-038 or equivalent) for recording and studying sound around it or in case of Air Quality measurement, Gas sensors (MQ-135, ZP07 or equivalent).

This device also has a GPS module (Neo-6m or equivalent) for capturing location of the device at the time of detecting and reporting pollution and a GSM module (SIM-900, SIM-1800 or equivalent) to send all this information (Pollution + Location) to the cloud.

1) Boundaries/ limits of divided small regions of a bigger area (Latitudinal and Longitudinal ranges)
2) The type of region that is (Residential, Commercial, Industrial etc.),
3) The threshold (permitted, ideal) level of the pollutants that these regions can have and
4) The time of the day and which day of the week it is and the Date (optional) for deeper analysis and reporting.

This Date/Day and Time information can be obtained from the Smartphone itself. With all this data the Application has, it will process the values obtained from the Cloud (and in turn from the IOT device setups) and reports to the user, as soon as the recorded value exceeds the ideal or permitted value in any region.

And how do we get the instantaneous values of Pollution in a particular area then? The IoT setups that are placed on Transport Vehicles are all part of a single "Sensor Network" through the Cloud. The bigger areas are divided into small regions with similar characteristics. Whenever (say) a bus with such a device mounted on it, passes through a region, it sends the required information to the cloud. When another bus (let's say after a few minutes) passes through that same region, we get the updated version of the previous information. The frequency of updates and reachability of these IOT devices in remote areas can be set by altering the number and type of transport vehicles on which these devices are/ can be mounted.

"So, the Sensor Network with this design can actually cover several Square Kilometers and powering the device is no big deal with the 12V Automobile Power supply which can help it work for several years." We can use a simple tool in a mobile phone to measure Sound. However, we cannot apply this tool of a smartphone in our idea as the measuring device should be exposed (at all times) to outside atmosphere for effective measurement, which is highly unreasonable for our personal mobile phones and other features of smart phones remain un-utilized if it is totally dedicated to Sound Pollution Measurement. Production of such a sensor network is actually quite simple as this is just a combination of already existing, fairly cheap devices with a new design and implementation plan. As said on the website, urban density can potentially lead to unhealthy conditions that will need continuous and large-scale monitoring. Healthier urban living will be the result of "improved awareness" of such pollution elements in our environment.

The smart App on our Mobile Phones, with the necessary data from the Cloud will compile all the information and present it to the concerned Authorities. Because at the end of the day, it's all about lack of awareness among concerned institutions who can't have access proper updates on environment parameters that actually affect directly and indirectly, "Life on our planet, Earth."

This sensor network design of mine, I believe, is unique and convenient for both long scale and long term detection and reporting of Air and Sound Pollution, Cost Effective and easy to implement. 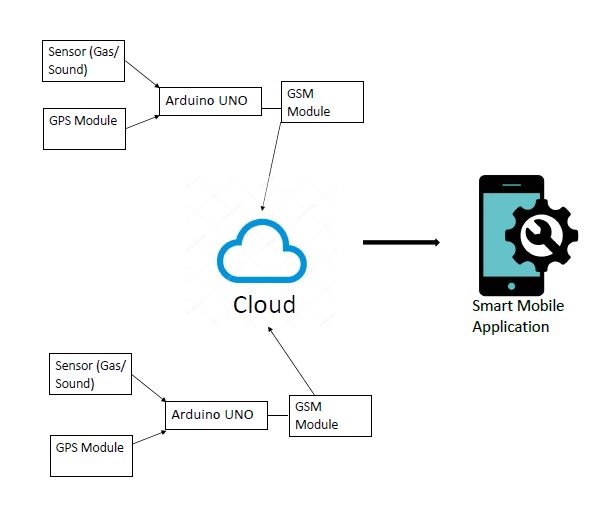 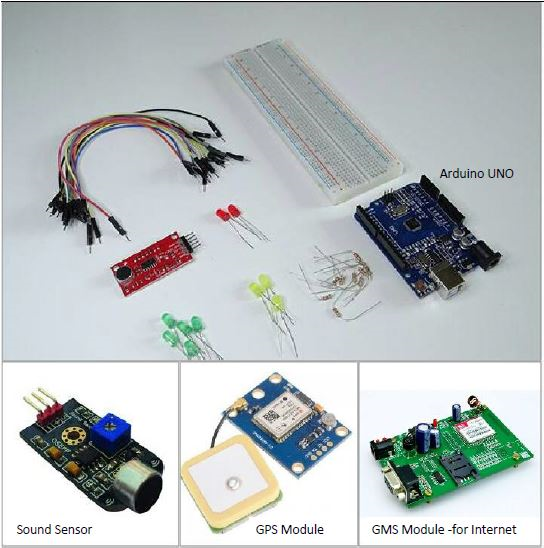 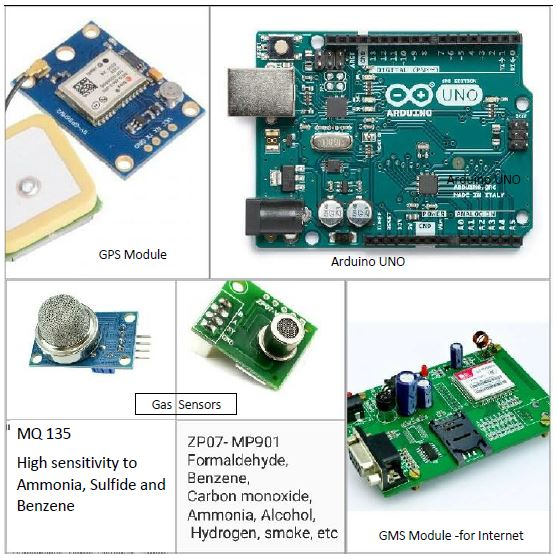 I really enjoy watching ElectroBoom on YouTube. Is is always a fun learning experience. It is through that channel that I came to know about this contest. With that being said, I always wanted to learn and experiment with Electronics and have always been excited about bigger platforms which provide a huge competition level. I am really glad that I have got to be a part of such a International competition. Also, this not only gives participants exposure but at the end of the day, it's about helping the world become a better place. So, that's also a huge motivational factor.