The UN Sustainable Development Goals (SDG) report 2018 lists making cities and human settlements inclusive, safe, resilient and sustainable as the 11th SDG. According to the report, in 2016, 91% of the urban population worldwide were breathing air that did not meet the World Health Organization Air Quality Guidelines value for particulate matter (PM 2.5); more than half were exposed to air pollution levels at least 2.5 times higher than that safety standard. In 2016, an estimated 4.2 million people died as a result of high levels of ambient air pollution.

Countries around the world are tackling air pollution in different ways. China, for example, is making strides in cleaning up smog-choked skies from years of rapid industrial expansion, partly by closing or canceling coal-fired power plants. In the U.S., California has been a leader in setting emissions standards aimed at improving air quality. And a variety of efforts aim to bring cleaner cooking options to places where hazardous cook-stoves are prevalent. Even though a lot of different steps have been taken to curb the effects of pollution it’s quite visible that an end is nowhere in sight. One single legislation or emission standard is not going to help reduce its effect. This can only be tackled with a series of parallel running solutions which act independently but produce the needed impact. Our solution to tackle this problem involves an outdoor air filtration system that is well distributed throughout urban spaces. These systems along with filtering out pollutants also continuously monitors air quality in its near vicinity.

The system is designed in such a way that it fits on electric lamp posts easily. It has two flat and wide faces which can be leased to advertisement agencies or used for other promotional / public awareness campaigns. These flat faces have regular, equally-spaced holes that allow air to flow inside while also maintaining sufficient area for the proper display of the advertisement. The large area of such boards aid in collecting more air.

The system takes in air through the holes on the surface. Polluted air consists of toxic components like carbon monoxide, carbon dioxide, particulate matter (PM), nitrogen oxides, sulfur oxides, VOCs and various other harmful compounds. Particulate matters are mostly positively charged. Anions easily react with positive ions of the air pollution and compel them to settle onto a nearby surface. A negative ion generator which is present inside the air filter produces the required anions which help to attract the harmful particulate matter and then settle it in the water at the bottom. The water is periodically removed into the soil, thus taking all suspended matter with it.

This system is designed in such a way that water is continuously replenished by either condensing fog or harvesting rain water. This will also have an air quality monitoring unit on top which will have a host of sensors to monitor the surrounding air. The data is processed and stored on the microcontroller. Connectivity is achieved using mesh IoT enabled microcontrollers that communicate with the neighboring devices thus, ensuring each device in the network is connected to the cloud even though wireless internet access may not be available at all the nodes. The devices return back to sleep after periodic intervals of data collection and transfer. Additionally, the whole setup can be powered by solar panels, thus making it more sustainable.

WHAT MAKES THIS IDEA INNOVATIVE?

- Easily scalable business model because the ads alone are enough to cover the expenses of the system.
- Sustainable
- Long life and less maintenance - Insights on filter replacement frequency can be obtained from collected pollution data.

POTENTIAL IMPACT AROUND THE GLOBE

If this system is implemented on a large scale in cities, this has the potential to significantly reduce pollution levels and thus bring down the number of pollution related diseases and deaths. It will also help patients ailing from various lung diseases by making cities more cleaner and healthier for living. 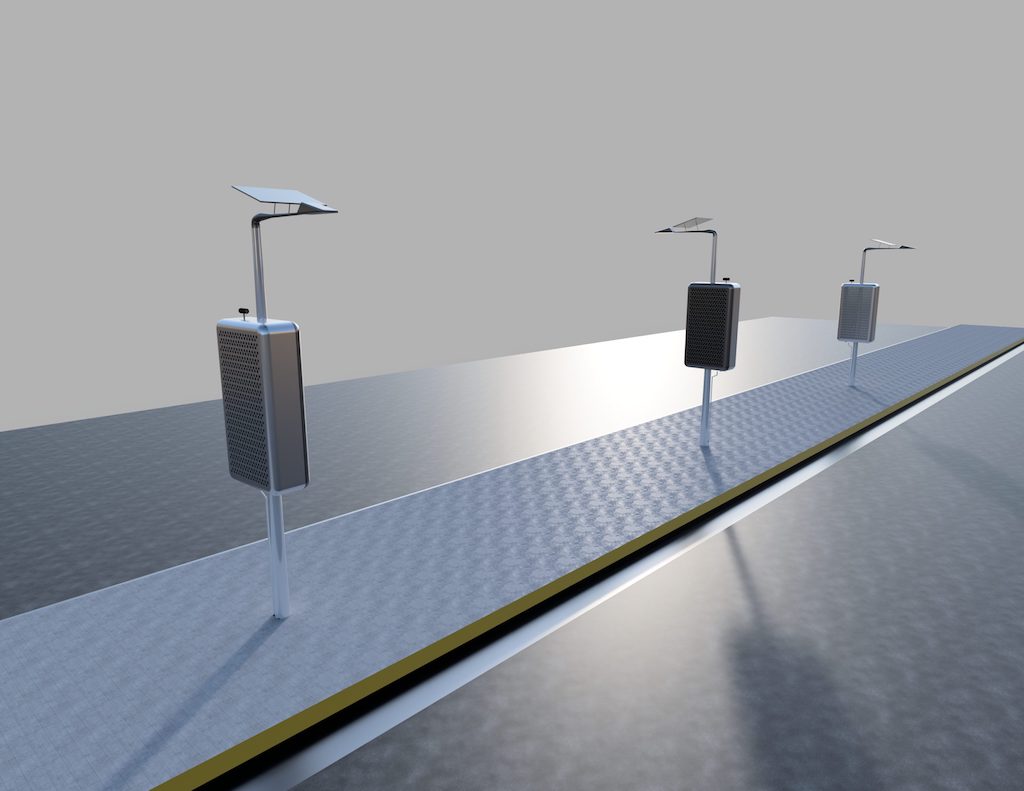 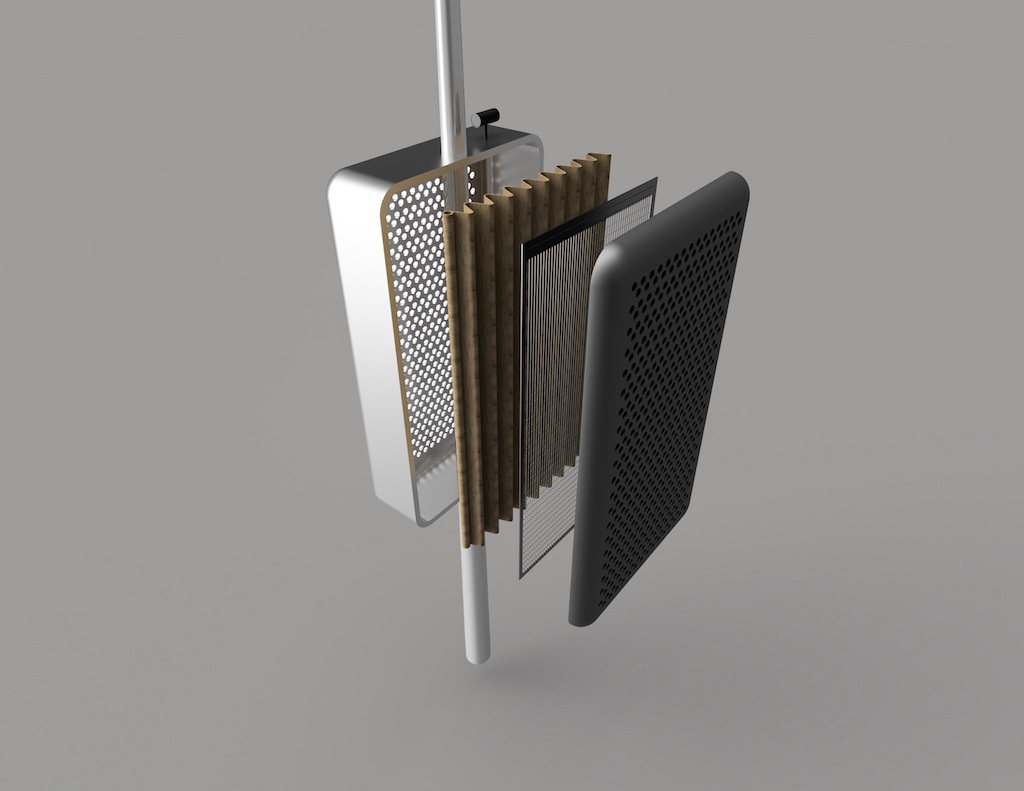 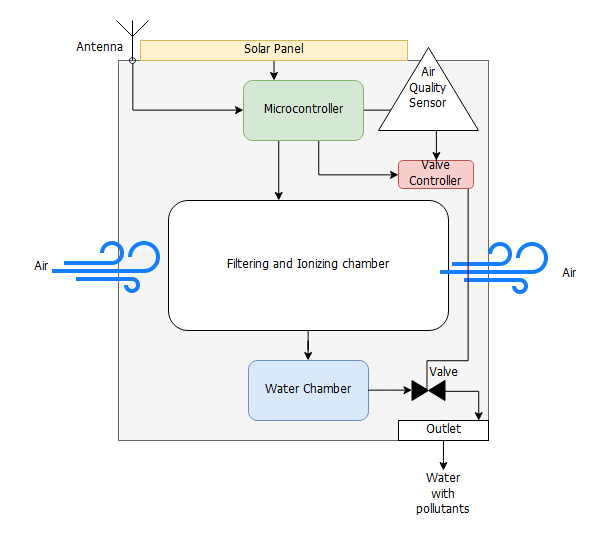 I travel a lot by road and so have experienced the ill effects of air pollution. It’s not the visible black smoke that frightens me most, but rather the invisible particulate matter that fill the air. So this prompted me to come up with some design to solve the nuisance of air pollution.